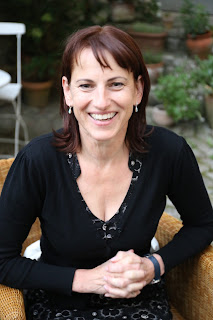 Hello! I hope you've all recovered from the bank holiday weekend, and the sunny weather that finally arrived. Today I have the lovely Sonja Price on my blog. Sonja and I met at our RNA chapter meetings in Lacock, and she's here to talk a bit about herself and her writing.

Sonja, did you manage to get the first book you wrote published, or is it tucked in a drawer somewhere?

THE GIANTS LOOK DOWN was the first one I sent in, but I have got another story languishing somewhere in a drawer. It’s part of a process so many authors go through. Writing a book is a learning curve which may lead to you holding back if the finished product just hasn’t got that special something. My heart goes ou though to the many writers who don’t have the confidence to try to get their stories published. They get put off by their first couple of rejections and never try again.

This is my Twitter style question: Describe your hero in 140 characters.

Tall with wavy dark auburn hair, Alastair is a Scottish student of architecture and an aspiring writer, who loves jazz music

My other Twitter style question: Describe your heroine in 140 characters.

Feisty but quiet, Jaya battles against the odds to try to become a doctor in the patriarchal society of 1960s Kashmir.

Almost anything. What you read accumulates and morphs in your subconscious, and can be as inspiring as any real life experience. On the downside it can influence your writing to such an extent that a crime writer I know avoids reading anything too similar when she has a deadline for fear of it influencing her style. Deadlines aside, I read all kinds of books, good and bad (but always entertaining), because I think they can stimulate and improve your style. Knowing what doesn’t work is as important as knowing what does.

Too difficult to choose but I do love Iris Murdoch, A S Byatt and Margaret Atwood

Books are like friends. When I see them sitting on my shelf, I immediately feel at home, especially if I’ve just moved house, which has happened twice recently. If I really enjoy one, I’ll keep it, paperback or not, but if it was a holiday read then I’ll pass it on- to a friend or the charity shop.

Jim Crace once told me not to write a travel report if I’m describing a location I’ve never been to but to make it seem totally familiar. This led to my heroine who grew up in the Vale of Kashmir talking of the view from her bedroom window where the moonlight would create an old lady’s face when it played on the mountainside.

Never give up. It’s often the difference between a published and an unpublished writer

What things inspire you to write? Location, music, film or even in a book?

Well in the case of THE GIANTS LOOK DOWN it was location. My imagination was ignited by a report on the car radio of the Great Earthquake in Kashmir of 2005. I discovered that the Vale of Kashmir is breathtakingly beautiful with majestic snow-covered mountain ranges cradling a valley lush in sycamore woods and fields of saffron interspersed with a pearl necklace of lakes. I thought this would make a spectacular setting for a story and it did!

What is next on your agenda after publishing your (first) book?

My new novel is about a widow’s quest to solve the mystery surrounding her husband’s death in the Canadian Wilds. Just like in THE GIANTS LOOK DOWN my story inevitably contains an innate conflict, the construction of an oil pipeline across the sacred burial sites of Native American territory, and of course a romance.

Not when it’s finished but I rarely show them a draft. Someone once told me never to show your work in progress to anyone you’d eat Christmas dinner with, because they’re never likely to give you an honest answer!

Most of the time I love it! It helps me keep in contact with friends abroad and keeps me up to date with fellow writers. It also makes me laugh a great deal. As with most things you just have to apply common sense. If you post something controversial, you have to expect responses you disagree with.

I love both! I have a black lab/springer spaniel mix, who is an absolute joy but wrote my debut novel with a cat on my lap. Sadly I lost her but am sorely tempted to get another.

Thanks so much for a fantastic interview! Good luck with the book, Sonja. And we'll catch up soon at the next RNA chapter!


Author Bio: Sonja’s short stories appeared in Stories For Homes, the Shelter Anthology of Short Stories and In these Tangles, Beauty Lies, an anthology in aid of the Beanstalk Trust for children with reading difficulties, before her first novel The Giants Look Down came out in 2016. Longlisted for the Mslexia First Novel Competition, it also made her a finalist for the Joan Hessayon Award. Born in Bristol, Sonja studied at the University of East Anglia. She completed a PhD in English Literature and teaches English at Jena University in Germany. She is a member of the Romantic Novelists’ Association.


Blurb: At the age of 10, Jaya Vaidya decides to follow in her father’s footsteps and become a doctor, much to the chagrin of her mother and the patriarchal community of Kashmir in the 1960s. When disaster strikes, Jaya is faced with obstacles as insurmountable as the Himalayas. Just how far will she go to achieve her dream and will she have to walk away from love? Published by Robert Hale, 2016 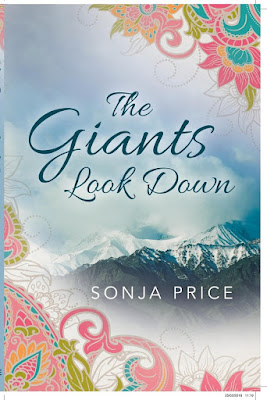 Excerpt: Soft moaning sounds, like the ones my Granny made in her sleep, were coming from the house. The moans turned into cries of pain and the dog pulled away. Why wasn’t Pa doing anything about it? That was why we were here. Even with my hands over my ears I could still hear the woman. On and on it went. The man started shouting and the dog collapsed on the ground with a sigh. The woman’s cries reminded me of a Tibetan fox caught in a trap up in the forests around Lake Gangabal. Kaliq had to shoot it as the iron teeth had bitten clean through its back leg.

Silence. Even worse! Only swallows swooping overhead as the entire valley held its breath. Shattered by the cries of a baby and a jubilant ‘A boy!’ Brahma be praised, it was over. We could go home.

The dreadful screaming recommenced. Perhaps Pa had done something to her. I had to see what was going on. Like a snow leopard stalking a deer, I crept into the house, which was only slightly larger than our woodshed. It reeked of animal hide and smoke. My eyes took a moment to get used to the gloom. I could make out two rooms: a kitchen and another one where the woman lay. Our house was all sunny rooms and places where I could be by myself. I edged my way towards the grown-ups, towards the man with the bundle in his arms and Pa tending the woman, still writhing in agony.

She was so young. Why was the old man putting her through this? She could have been his granddaughter. Why choose a girl, in a place where so many women had been widowed by the troubles? Cast out by their families with children in tow. They would have been happy to have a husband, any husband. But this poor girl. It made me sick. I wasn’t going to have a baby, ever. She screamed and screamed and then I caught a glimpse of something round between her blood-smeared legs. Not another one! Pa eased out a head, then a shoulder and then the rest before the woman fell back onto the messy covers.

Limp, lifeless and smeary-white, it looked more like a skinned rabbit than a real baby. Pa tried to rub it to life but the woman was not moving either. He looked to the man for help but he merely shrugged his shoulders as if to say why bother with a girl? Pa laid the baby carefully in the cot by the fire, turned to the woman and drew up a syringe.

I ran around the bed and picked the baby up. I couldn’t believe how small she was. Tiny hands and feet just like my dolly. Only she was warm. The boy was crying for all he was worth, loud screeches that you’d never believe could come from someone so little. He was rosy and angry, and she was pale, almost white. Shiva! I wanted to shout. She was slipping away before she had even arrived. Pa was doing everything he could for the woman and there was no point in talking to the man if he wouldn’t even listen to Pa. I rubbed her like Pa had done before he put her down but she was growing colder and colder.

I stared into the flames and then my eyes rested on the one set of baby’s clothes laid out in front of the fireplace. It wasn’t fair! Why should she have to die? A ragdoll nobody wanted to play with. No! I wouldn’t allow this to happen. What had the herdsman done to the newborn yak? I bent and blew into her tiny mouth. Her cheeks soft and cool like goat’s cheese. No reaction. I blew more strongly into her. Nothing.

Tears pricked my eyes. I couldn’t help her. There was absolutely nothing I could do. Stupid of me to think I could make a difference. All I wanted to do was run outside. I went to kiss her goodbye but instead found myself trying one last time. The baby’s lips puckered; her face screwed up. She turned a deep red before letting out the most wonderful cry I had ever heard. The woman opened her eyes. Tears ran down her face as she reached out for her little girl. Pa looked from the baby to me and smiled.

Half an hour later we climbed back into the car, ‘When I’m big Pa, I want to be a doctor just like you!’

He stroked my head and switched the radio back on.

You can buy THE GIANTS LOOK DOWN on Amazon

Posted by Teresa F Morgan at 8:30 am No comments: