Why Writing Keeps Me Sane 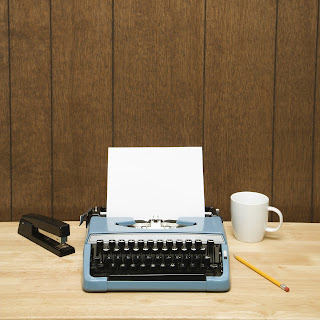 I suppose nobody really said being a mother would be easy, but you kind of assume it would be easier than it really is. To be honest, it feels like rather a thankless task.

Looking back, the sleepless nights, the breastfeeding, the nappy changing (and washing as I used real nappies) was a walk in the park compared to what comes next: Being ignored.

You'd think it got easier because now they can understand you, they're able to walk, talk, and do things for themselves...

I mean, nobody tells you that you will get sick of your own voice, that you'll get fed up with repeating yourself over and over, day after day, with the same things, that they know they need to do each morning, or whenever, but you still need to remind them... Or have to repeatedly ask them to do something, till eventually they do do it (if you're lucky). And that you can not fathom how two children could sit at the breakfast table, first thing in the morning AND BICKER!

I've now decided it probably doesn't matter what I say in front of my children, because they're never listening anyway... WRONG! The minute I say an expletive, oh, yeah, course they hear that!

Or as soon as I pick up the phone or talking to someone. They're either really really noisy or nosy, or start fighting or trying to talk to me. "Who is it? Who is it?"

Now it's summer, my neighbours probably think I'm mad, as they hear me, outside in the garden, hanging the washing out and swearing under my breath how sick I am of being ignored.

Or think I'm a fishwife the way I holler at my kids...

So, this is why I love my writing. I can get lost in it. I forget I am a mother. It reminds me I am an intelligent woman and I'm putting that intelligence to some good use. It makes me forget the nagging, horrible person I don't enjoy becoming. I really don't like her! But however much I try not to become her, I fail. It doesn't work...

With my writing I become Teresa F Morgan, author of contemporary romance, commercial women's fiction. I am heard... well, read.
Posted by Teresa F Morgan at 6:59 pm No comments:

And The #Shelfie Winner Is... 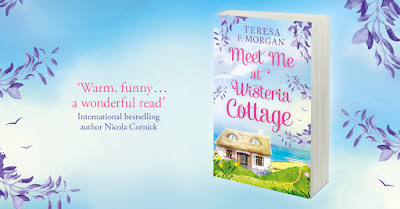 Finally, I've been able to sit down and organise the winner of my Shelfie competition that I posted way back April 21st with the launch of my paperback (which came out on the 20th April)! I am so sorry it's taken me so long to get around to this, but during the day, when it's my time to write, I've been concentrating on that, and everything else has been swept aside - even the housework.

Anyway, I had a big list, noting down all that copied me in on their Shelfies, and gave you all a number. Then I used the random number generator here

The winner is Tracy Dews!


Now as you may have already bought the paperback, I can give you the option of owning a signed paperback of One Fine Day, or signing Meet Me At Wisteria Cottage either to yourself or someone you may like to gift the book to. Either way, I'll be in touch and you can let me know!

Thanks to everyone who shared their shelfies. I do think my favourite has to be my mum. 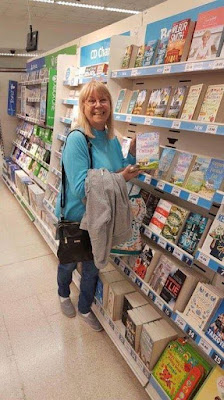 Posted by Teresa F Morgan at 10:02 pm No comments: