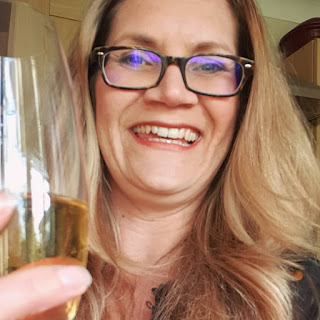 I've had to keep this a secret for a couple of weeks now, and hold in all my excitement by sitting on my hands, and not posting on social media.

But yes, finally I can reveal why I was drinking Champagne at the weekend!

And I'd been saving this bottle for a long time! I have been dying to open it - let me tell you!

It's been three years since I last had a book published and I was starting to doubt myself and my writing. This really couldn't have come at a better time for me.

I can't wait to be working with Sapere's team and starting sharing my Kittiwake Cove series.

I've found that my favourite Italian restaurant in Weston is delivering. So this weekend, I might just have to treat myself to a slap-up Italian meal! I have plenty of prosecco so I think this calls for another bottle of bubbly.

You will need to be a little patient, as the first of the Kittiwake Cove series won't be out until Spring 2021. But all good things come to those who wait, huh?

One Fine Day Too 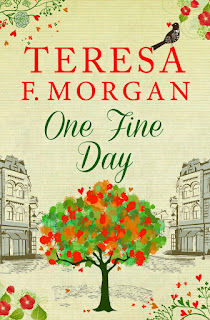 As you may know, I'm in the middle of reading my own book One Fine Day. You may think this is a bit bonkers. Maybe it is. However, it's been such a long time since I wrote the book, let alone then got it published in 2015, that I wanted to rediscover the characters again.

I've been begged into writing Ruby's story so many times, and I've actually now come up with an idea.

If you haven't read it, Steve Mason is a Hollywood actor trying to find true love. But how will he know if the woman loves him for him, or for his Hollywood hunk status - and money!?

When he returns to Bristol with his love life in tatters, his little sister Ruby, who's not so little anymore, and much bossier than he remembered, helps him don a disguise in the hope to find his Mrs. Right.

I thoroughly enjoyed writing this book as I got to throw in lots of superhero references in, especially when it came to my favourite: Superman. No one guessed Clark Kent was Superman, right? So can Steve Mason hide behind the disguise of Stuart Fisher?

Anyway, Ruby didn't start out in my mind to be a huge character, but she did. And now she's going to get her story. Well, when I get around to writing it. At the moment I'm just gently chipping away at it as I do need to concentrate on my Kittiwake Cove series.

Have you read One Fine Day? Would you like to see Ruby's story? Callum and Alice are definitely going to feature, but I don't want Steve stealing the limelight so he may have brief mentions... besides, he's busy off filming his latest blockbuster!
Posted by Teresa F Morgan at 10:57 am No comments:

A Dedication To My Closest Friends

I don't know if it's the time of the month, or what, but I have been feeling a little low these past couple of days. We are into week 7 of lockdown... 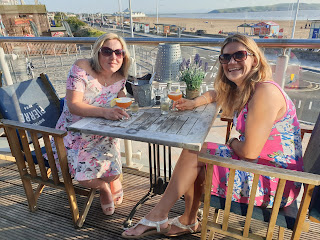 I don't think it helps that I work in retail, albeit the Post Office (which actually has been worse in some ways) and therefore a keyworker. I am very grateful that I have a job but I'm now so fed up with seeing people really not taking the lockdown rules seriously, and putting my health at risk, or they are following them very loosely... I mean, it IS essential for them to shop everyday in our shop! And equally essential to send the dress sold for a £1 on ebay...  *insert rolls eyes emoji* If I'm stressed, just imagine the NHS staff! 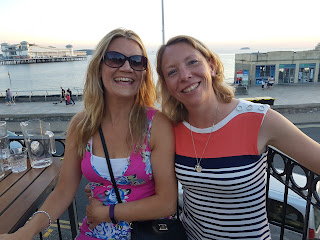 Lockdown for me hasn't been hard. I am quite happy to sit at home and write, and don't know what the whole big deal is about staying home, because I love it. I even have a lovely garden to lose myself in. Also, I might not be finding it as hard as most because I am leaving the house to go to work (to serve some not-so-bright humans - that bit I do find hard!) and I also get to meet my colleague-friends.  But this writery-introvert is also very sociable, and I do feel I have to connect with my friends regularly. 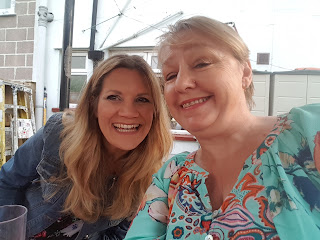 (In no particular order) I am missing my friends!

I am missing my cocktails at Bistrot Pierre with Sarah. My Friday night catch up with Becky, putting the world to rights. I miss Gwen, who I have so much fun with! We have the same sense of humour and she has the biggest heart of gold. And Fi... OMG, Fi, we cinema together, drink together - there's a reason I call her my wife! She is my oldest friend in Weston (when I say oldest... I've known her the longest! I am actually older than her). We know stuff about each other, before kids! We were once young together! We were each other's bridesmaids. 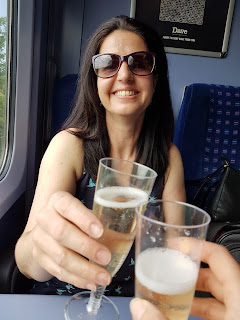 And then there is Fay who always encourages me and is a huge inspiration behind my writing now. We met over Twitter... and I am so lucky to have a wonderful writing buddy who lives so close. We brainstorm so much together!

There are so many more I could mention... Jane, Lisa, Ali, Kerry, Andrea... all my RNA and writing buddies...  all my empowering and lovely Weston Business Women buddies... I miss you all! 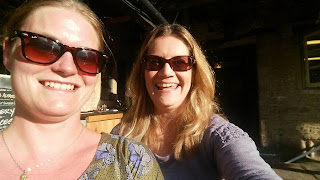 But I understand the need to social distance, and because I care about you all so much, I will stay away.

Stay strong, stay safe and stay home. We will be drinking/partying together soon! Teresa x

p.s. I may hug you a lot when we are allowed to meet. Just warning you.

p.p.s. I also miss my mum. Not that I see her regularly anyway, as she's in London and I'm in Weston, but I don't like that I'm so far away and can't really help her. 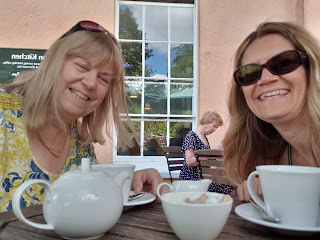 Posted by Teresa F Morgan at 6:58 pm No comments:

We're entering 7 weeks into lockdown, and it's May already! So that means a new newsletter has hit my subscribers' inbox.

This month, because I think lots of people must need cheering up, and the fact that lockdown has hopefully meant more have been reading, I'm running a competition to win a signed paperback of One Fine Day.

I'd purchased copies of this book to take to a library talk in Minehead, but sadly that's been postponed. (I don't want to say cancelled. I want to get there one day for a writing gig.)

I'm in the process of thinking up a sequel for this book, which hopefully I'll get around to plotting once I've finished the current series I'm writing, so I thought it would be a good book to give away.

If you want to read May's news - it's here. It tells you how to enter the competition. You do need to be a subscriber to the newsletter! You can do that here!

How is everyone doing, 7th week in? I get a little stressed at work, so I'm relieved when the days I don't work arrive, and I'm able to stay home and write - and relax! I am getting to the stage where I'd like some normality back, although I don't miss running the kids to all their after school clubs, such as football, athletics and hockey...

Posted by Teresa F Morgan at 1:28 pm No comments: