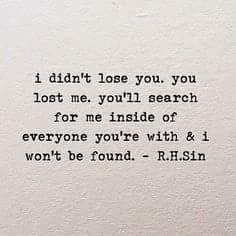 It's been three months now, and still nothing. It's as if you never existed.

I suppose, if you ever did truly love me, one day you'll miss what we had and you'll get in touch. If you don't, well, I know you lied and deceived me.

Although I do hold some fond memories of our 14 months together, (and they make me miss you) they are sadly tarred by the way things ended, and my love has turned to an anger and rage that makes me think 'what were those 14 months about?'

Have I actually benefited from them in anyway? Except the expensive gifts...? I still can not fathom what they were about, other than your way to secure my love for you, while you were obsessed and infatuated with me. I have a feeling it meant nothing, because you told me how you didn't regret spending similarly on the woman before me. Maybe if money means nothing to you, the expensive gifts meant nothing too...

I was like a conquest, wasn't I? "She must be mine! I'll do everything in my power to convince her I love her and that she needs to love me, and then when I'm done, I'll just cast her aside... because she means nothing truly to me."

So no, I look back with resentment over those 14 months, my time wasted on a man who didn't deserve my attention, for he hasn't furthered my life or enhanced it. (In fact he's now led me to the last few months feeling utterly miserable - for which those 14 months certainly weren't worth it).

I resent you. Why? I'm looking for someone to grow old and grey with, and those 14 months could have been used to find that man, instead of wasting them on you, who I thought I was building a solid relationship with. YOU who led me to believe you were the one to be with. Then, you end it? No consideration, no lets maybe work at this... No, because you'd had your fun, you'd won me over, and now part of your game, was to just toss me aside.

Counselling has really opened my eyes. Now, I need to set to work on my self-esteem, because I've been set back 14 months, and my trust has been truly destroyed. Thank you for that. 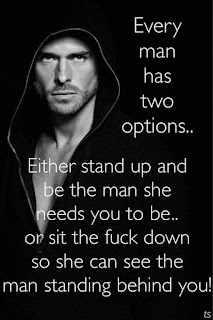 Posted by Teresa F Morgan at 10:16 pm No comments: 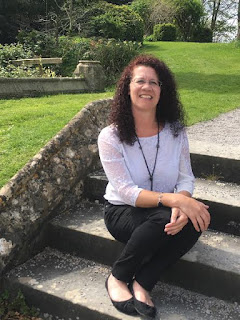 Today, I have Rachel Brimble on my blog talking about her latest book If I Want You. Rachel and I have known each other for a few years now, as she organises our RNA Chapters in Lacock. I always value her advice as a fellow author, she's so lovely! So let's get on with the interview!

What was the inspiration behind the story of If I Want You?

I was watching a news piece where a missing little girl had been safely found and reunited with her parents. As a mum of two daughters, the story terrified and moved me. Very soon, my emotions and ‘what if’ questions came surging to the surface.

It wasn’t long before I knew I wanted to write a story about a missing little girl and how her disappearance was in some way connected to the heroine’s past. The rest followed quickly, and I absolutely loved writing this book.

If your book, If I Want You, was turned into a movie, who would you like to play the hero and heroine?

Who is your favourite minor character in your book?

That would have to be Principal White – she is one of the suspects in the case, and I loved writing her scenes with both the hero and heroine. She turned out to be quite a complex character that I could give both serious and humourous scenes.

What's next on the horizon for Rachel Brimble?

My next release comes out in January 2018 – A Stranger In The Cove is the eighth and final instalment in my Harlequin Templeton Cove series (all the books can be read stand-alone). I had so much fun writing this book and although the series has come to an end, I will love the characters in the series forever. They mean the world to me.

As for works in progress, I currently have an Edwardian romance and a romantic suspense under publisher consideration as well as writing another historical. Busy, busy! 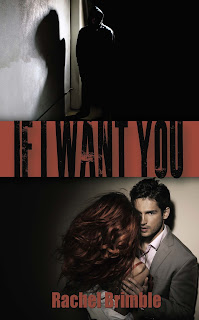 
When local journalist, Tori Peterson, fails to prevent a child abduction outside her niece’s school, her horror and guilt sparks a vow to do whatever it takes to get little Abby Brady home to her parents.

While Tori battles the vile memories of her own kidnapping as a child, she accepts the help of widowed father, Mark Bolton. As he and Tori join forces with the local police, their attraction and intimacy grows…along with their fears for Abby.

Links are uncovered between Abby’s disappearance and Tori’s kidnapping, and Tori is forced to accept the monster who held her captive is back. But this time, Tori is all grown up, and there is no way she will let him hurt another little girl.

Rachel lives with her husband and two teenage daughters in a small town near Bath in the UK. After having several novels published by small US presses, she secured agent representation in 2011. Since 2013, she has had seven books published by Harlequin Superromance (Templeton Cove Stories) and an eighth coming in Jan 2018. She also has four Victorian romances with eKensington/Lyrical Press.

Rachel is a member of the Romantic Novelists Association and Romance Writers of America, and was selected to mentor the Superromance finalist of So You Think You Can Write 2014 contest. When she isn’t writing, you’ll find Rachel with her head in a book or walking the beautiful English countryside with her family. Her dream place to live is Bourton-on-the-Water in South West England.
She likes nothing more than connecting and chatting with her readers and fellow romance writers. Rachel would love to hear from you!