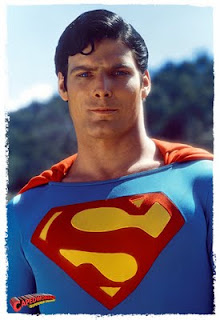 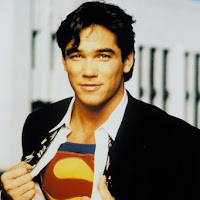 1) Superman - he has to come top! I love Superman, especially Christopher Reeves and then, later in the TV series with Dean Cain. What is there not to like about Superman? You just can't wear Kryptonite jewellery and you need to make sure you're always wearing your best matching underwear!

3) Hans Solo - (okay might be a little because he's played by Harrison Ford - a young Harrison Ford. But he's a bit of a rogue and another reluctant hero. You'll see a theme here. 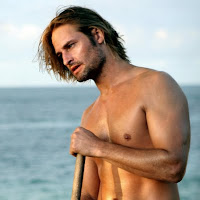 4) Talking of reluctant heroes... Sawyer from Lost. Another loveable rogue. He comes good in the end, usually. 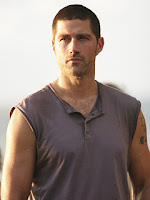 5) And while we're on the Lost island, Jack was another favourite of mine, trying to do things right, although not always successful - or was it because I wanted him and Sawyer to mud wrestle?

6) On a book character, I have always loved Marius in Anne Rice's Vampire Chronicles. Although Louis and Lestat are close favourites, I can't really explain why, as I haven't read these books in a very long time but I aways wanted to read about Marius. 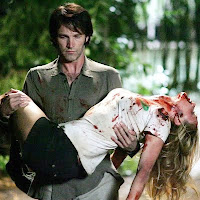 7) Sticking with Vampires (I do have a soft spot for them) - I love Bill from Charlaine Harris's Sookie Stackhouse series. It's also a television series - Trueblood - and apparently it's all about Eric there (I've only seen season 1). But what I love about Bill in the books is his love for Sookie. (I also love Sam too, and hope that's where Sookie's heart will fall). 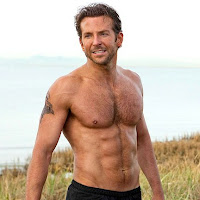 8) Another character from a book that I read this year - so sorry, no visual - is Ratty (Miles Rattenbury) from Sue Moorcroft's Starting Over. I keep raving on about him. But he was LUSH! Every woman loves a bad boy, and every woman needs a man like Ratty! 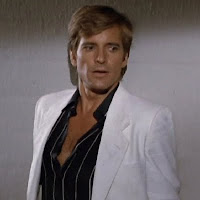 9) Favourite loveable rogue is Face from The A-Team. I was a big fan of the show as a kid, and loved the movie. So Dirk and Bradley get a spot here! Their 'Face' characterisation was similar yet different, and I loved them both.  And there's a reason why he's called Face :D 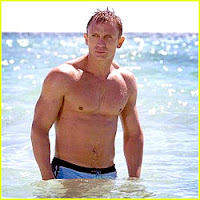 10) Before the days of Daniel Craig, 007, James Bond would never be in my favourite heroes list. Something about how Daniel portrays Bond is very likeable. I believe he loves the woman for a start! My favourite Bond movie is Casino Royale. (I have a picture of him in a tux, but opted for the 'shirtless' picture - hope you don't mind). 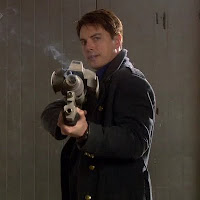 12) And let's not forget where Jack first appeared - Doctor Who. David Tennant did it for me, though I do like Matt Smith's version for quirkiness. 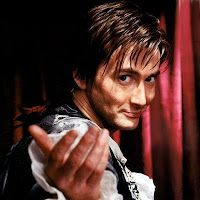 13) Keeping to the sci-fi theme - and this has nothing to do with Dirk, honest, was Starbuck from the old Battlestar Galactica. 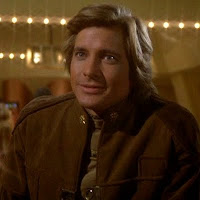 14) Gosh it's hard not to make it about the actors, but my first introduction to David Tennant was as Casanova and I fell in love! 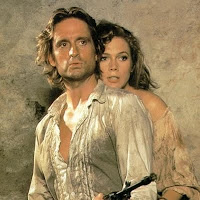 15) Yet another roguish type, another Indiana Jones was Jack Colton, Romancing The Stone (and The Jewel of The Nile). 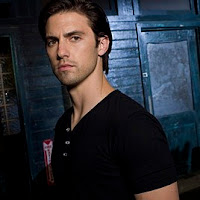 16) Talking of Heroes - what about Peter Petrelli?

Oh gosh, my list is endless... I was going to post pictures of Martin Riggs (Mel Gibson) in Lethal Weapon 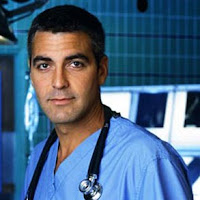 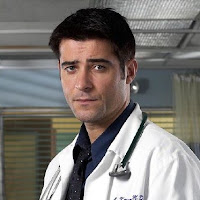 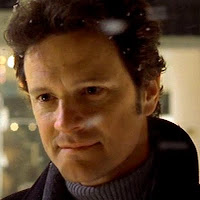 Then there is Aragorn and Legolas from Lord Of The Rings. I do think the films have enhanced my love for them - though I enjoyed reading the books first.

And there is another Capt Jack i.e. Sparrow from Pirates of The Caribbean.

So hero 19)  - lets not forget Mark Darcy from Bridget Jones' Diary - which was luckily made into a movie so we have a lovely visual! 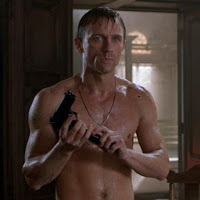 And I'll end on a shirtless picture of the hero in Tomb Raider - though he does get out-shined by Lara - where my love for Daniel Craig started. 20) Alex West.

I have so many more, but it was getting to be about the actors (which could be another blog post) rather than characters.

Generally, for me, heroes need to look good roughed up (Indiana Jones styley) and scrub up well, looking hot in a tux (Face, 007), or with their kit off (Face, 007). Know how to handle themselves, and charm the underwear off the ladies (All of the above!).

What I love in these heroes I am pretty sure ends up somewhere in my own as I write. And I do have a thing for blonds ... though I'd never say no to Superman!

(Having to lock this post now so no one can comment as getting a lot of Spam on it...)
Posted by Teresa F Morgan at 9:00 am

New comments are not allowed.