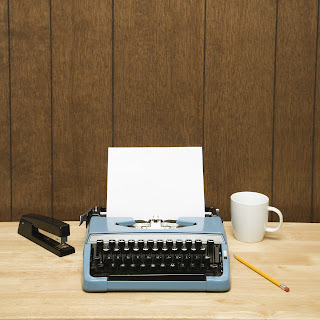 Is anyone else feeling social media overwhelm? Or even overload?

If you own a business you get told that you need to be on social media. Although, you're not to 'sell' but you need to be showing you, your human side, not some robot. People buy from people and all that.

On the writer side, I'm on there to connect with readers, but find myself followed by other writers, or book reviewers offering to review my books - for a fee! A few readers connect, but I've not got to the point of being bombarded with fan mail!

And when I think, right, let's do some social media, but there are so many social media channels... Where do I go first?

I sit on business networking, listen to all these social media gurus that tell us what we should and shouldn't be doing. But quite honestly, I don't have the time. I'm a fairly organised woman but bloody hell, the last thing I want to do on a Sunday is schedule my social media for the bloomin' week! And it really feels like a life suck sometimes. But once upon a time social media was spontaneous... now it's scheduled...

And it's not always positive. We're all comparing, and bitching. It's just drama. I try to keep my posts on my social media positive now, but that doesn't mean my life is all rosey. (It's not bad actually, I can't complain. UW has changed my mindset for the better, two of my books are in Prime Reads... I'm happily single... and I'm digressing...)

It used to be about friends connecting - especially on Facebook - which I do love, because I've reconnected with so many people that I wouldn't have done otherwise. But now Facebook feels like it's an advertising platform - so I see these friends less and less. And then you're panicking if you're still actually 'friends'.

Seriously, I Google something for research purposes, or take a look at something on Amazon, and the next minute I'm constantly seeing adverts for these things either via Instagram or Facebook. It's a good job I write romance... dread to think what my adverts would contain if I wrote horror or crime.

I bought a phone case from a company and now all I see is this company! FFS! I've bought the phone case - how many more do I need? Or do phone's need a wardrobe of phone cases now?

I've tried Reels. But that can frustrate the hell out of me. Take half-an-hour, or longer, just when I should be putting my phone down to go to bed, to create a reel for it to not load, or there's a typo, or it's not quite done what I wanted it to do. Or it's just fucking crashed! At midnight! FFS!

It's taken me less time to write this blog post - but nobody will read it because it's not a video. I don't even get comments anymore... Do you remember when people left comments on blogs? God, those were the days!

If you have read this blog post, all the way to the end, thank you! Xxxx I just needed to get that off my chest.