This is my second book! What was under the working title of Perfect Isn't An Option.

One Fine Day will be published in eBook on the 8th January 2015 and in paperback in March 2015. 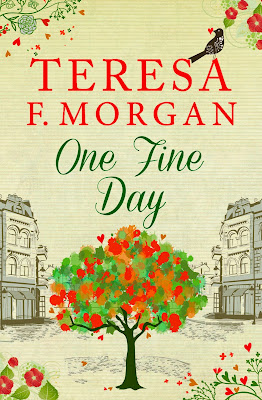 I am truly excited about this book because I fell in love with the concept when I first started writing it, way back in 2011. I really hope my readers will love this story too.

This book is loosely set in Bristol and looks at three relationships, not just one. Ruby - Steve's sister, just screamed at me for a bigger part and she got it.

I will not lie, and if you follow my blog you will already know this, but Bradley Cooper was my inspiration for Steve. But maybe more on that in another blog post...

Here's the blurb - One Fine Day:

Available to pre-order on Amazon UK and Amazon US
Posted by Teresa F Morgan at 1:00 pm