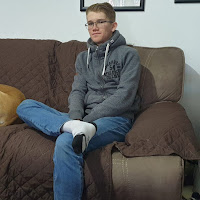 Oh, Lordy! Where does the time go? I'm pretty sure the years speed up as soon as you have kids!

I can still picture my son as he was laid on my tummy after I'd given birth to him for that early bonding. Labour had been a tiny bit traumatic. But being a new mother, I was shocked that he had his eyes open. Bright, blue eyes stared at me (not that he could probably see me much.) 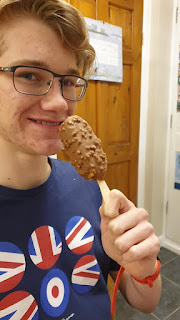 He will always be a blessing. After suffering an ectopic pregnancy at the age of 29, and losing a fallopian tube, I really didn't think I would get pregnant again. I was in a very dark place for a while. So when Ben was born I considered myself incredibly lucky.

I remember (he won't as he was barely a day old) that I did tell him when we were on our own, I would do my best as a mother, and that whatever life threw at us, we'd handle it. (I was incredibly nervous as a new mother and knowing my patience wasn't the best, I was worried I'd be terrible at parenting.)

Ben has continued at the pace that he entered the Earth, by taking his sweet-arsed time with things - which can be frustrating! He's a little away with the fairies and dis-organised, (compared to Kieran!) and then he can surprise you by being super organised with some random thing! 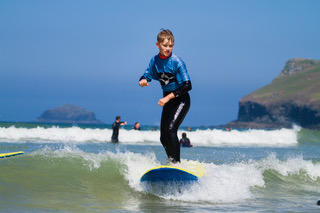 But he does help with the dinner, and odd jobs around the house, and he's achieved excellent exam results, which means he's able to study towards becoming a civil engineer. I just wish he'd remember to turn off the lights as he leaves a room and tidy his bedroom. Oh, and remember to shut cupboard doors!

He does have a great sense of humour, and doesn't suffer fools lightly. His laidback, chilled persona, and the fact he's not too worried about what other people think, should help with not taking things too seriously, and not get too stressed in life, as well as not suffering with peer pressure. He has always been sensible, and used to get quite annoyed as a child when rules weren't stuck to!