It's been a week since I last blogged! Terrible.

In my defence, I've been busy trying to edit The Wedding Favour, and pulling my hair out over chapter 1.

When do you stop editing? I worry that I could take stuff out and my voice is lost. I wanted to try and speed up the first chapter, yet I still felt I needed to give the reader a picture in their head. If I didn't explain they were in some cosy pub, would they be just picturing white space? Then there was background for James and Sophie. I've stripped a lot away - luckily James gets to talk to Adam now and tell the history better than it being narrated, so that worked. But some had to be kept, otherwise the reader would be thinking who the hell is Kate? (James' girlfriend... so he doesn't become a stereotypical gay best friend).

I'm now going through the rest of the manuscript and seem to be adding not taking away words. 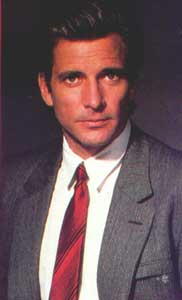 Unlike Perfect Isn't An Option, where I've got a distinct picture in my head of who is playing Steve, I haven't got the same clear image for Adam.

When explaining 'sandy blond' to a friend, and she googled, Josh Holloway came up. But not the Josh who plays Sawyer, he needs to be a smarter (as in dress sense - not stuck on an island style), smoother character, with a very similar bone structure! So I'm going with Josh for now.  But being a bit of Dirk Benedict fan (if you haven't guessed that already) Adam did stem a little from Dirk, too.

Gosh, it's really hard work having these men buzzing around your head ... better get back to the editing.

I think this is something like my 96th post this year! Going to have to plan a 100th celebration, aren't I?