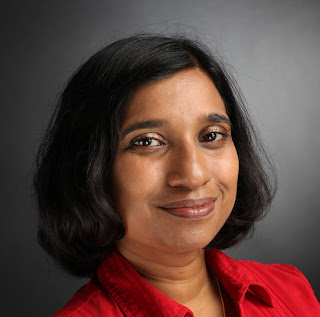 It's been a while since I've had a guest visit my blog, and so today I have Rhoda Baxter returning to promote her new book - Please Release Me.

If you weren’t a writer, what would you be instead?

Chocolate taster. Or maybe a bookshop ‘character’ who doesn’t actually do any work, but hangs out in the armchair in the bookshop, drinking tea, chatting and recommending books to people. I’m doing lots of reading and eating chocolate to keep my eye in, in case the opportunity comes calling…

Oh, that does sound like a fantastic job. Doesn't pay so well though...

If your latest book was made into a film, who would you want to play

Have you ever read a book that you’ve wanted to throw against the wall?

Oscar and Lucinda. I simultaneously love and hate that book. It’s wonderfully well written and I cared about the characters SO MUCH. And then… that ending… gnnnnh. I’m going to have to go have a lie down until smoke stops coming out of my ears. Excuse me.

Oh, I haven't read that book... maybe I won't now, if the ending isn't so satisfying...

What do you like to achieve in your writing?

I want to make people laugh, pause and then think. I think I understood a lot about how other people felt by reading. I want the same thing to happen with my books. I write comedy because I’d rather have fun people talking in my head than grim ones. That said, they have very angst-ridden lives sometimes.

The Wuthering Heights debate – do you love or hate Heathcliff?

Oh, I don’t like him. I think he’s a wrong ‘un. Don’t like Cathy much either – wild wicked slip of a girl.

Phew! I agree. She's probably the reason Heathcliff became so vile. This book isn't a romance, it's a tragedy.

At the moment, it’s The Big Bang Theory. I’m very fickle though. Next week it’ll be Firefly again.

From TV, books or film:

Who is your favourite all time hero?

Easy. Willy Wonka. He’s a genius. He’s a millionaire. He looks like Johnny Depp under all that make up… and… He owns a chocolate factory. (I’m assuming he pays the Umpa Loompa’s decent rates and is a good employer, obviously.)

Who is your favourite all time heroine?

Amelia Peabody Emerson from Elisabeth Peters’ books. She’s an archaeologist, amateur medic and a total kickass lady. She and her husband Radcliffe get up to all sorts of adventures.

Some fab answers there! Thanks so much, Rhoda, for taking the time to answer the questions for my blog. 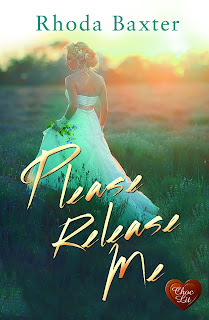 What if you could only watch as your bright future slipped away from you?

Sally Cummings has had it tougher than most but, if nothing else, it’s taught her to grab opportunity with both hands. And, when she stands looking into the eyes of her new husband Peter on her perfect wedding day, it seems her life is finally on the up.
That is until the car crash that puts her in a coma and throws her entire future into question.
In the following months, a small part of Sally’s consciousness begins to return, allowing her to listen in on the world around her – although she has no way to communicate.
But Sally was never going to let a little thing like a coma get in the way of her happily ever after …

I will be donating 50% of my royalty earnings to Martin House Children's Hospice http://www.martinhouse.org.uk/

Bio:  Rhoda Baxter likes to write about people who make her laugh. In real life she studied molecular biology at Oxford, which is why her pen name might sound suspiciously similar to the name of a bacterium.
After trying out life in various places, including the Pacific island of Yap (it’s a real place!), Nigeria, Sri Lanka and Didcot, she now lives in East Yorkshire with one husband, two children and no pets or carnivorous plants. She has a day job working in intellectual property and writes contemporary romantic comedies in whatever spare time she can grab.

She can be found wittering on about science, comedy and cake on her website (www.rhodabaxter.com) or on Twitter (@rhodabaxter) or Facebook (https://www.facebook.com/RhodaBaxterAuthor).
Posted by Teresa F Morgan at 9:35 am