Voices Inside My Head 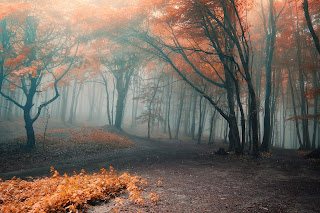 I really need to do a blog post. The last time I blogged it was the 14th October! (I didn't even mention my birthday which has came and went). And now we're rapidly approaching the end of October, and Halloween.

I have finished the first draft of my 3rd book, and came up with an idea for another book - which maybe the 4th I write, as these characters keep talking to me. It's nicknamed Cinderella meets James Bond, only because she leaves a ball (Christmas party) at midnight and the hero - dressed in a tuxedo - doesn't get her name.

I appear to be alternating the seasons with my books. My first book, Plus One is a Lucky Number, was set in the summer and my second, One Fine Day was set in autumn/winter. My third - which is only in draft state - is set in the summer again, where as this 4th book, if this is the next one I write, is set in the winter. Well, it starts with a Christmas party where the hero and heroine meet. It may go the whole four seasons! Who knows?

It's been rather lovely actually. It's felt like a very long time since two characters really spoke out to me to have their story told. I don't know what it is about these two but they won't leave me alone. But, however much these two characters keep talking to me, they're going to have to be quiet for a little longer. I have written their first scene and made some notes of their characters, and I will continue to brainstorm them as I need to give them a back story each but my focus must be on editing book 3, which has the working title of To Love Again.

Obviously I haven't managed any writing while the kids have been off school - but next week it's back to the grindstone. Without wanting to wish my life away, or my children's for that matter, I do dream of the day I can work full time as a writer. If it will ever happen, is another thing. But for now, I need to continue to do the best I can.
Posted by Teresa F Morgan at 10:01 pm

Email ThisBlogThis!Share to TwitterShare to FacebookShare to Pinterest
Labels: autumn, book 3, Cinderella, editing, love, One Fine Day, Plus One is a Lucky Number, romance, To Love Again, WRA, writing