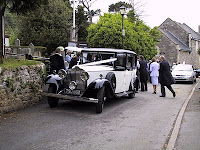 I don't think I will have to.  Might need some general editing, but I think it was pretty impressive, if I do say so myself.  It was nicely revealing for the characters, and also ups the angst between them.

I hope I'm doing this editing lark right.  It feels a bit different to editing my fan fic.  I mean, if I got the editing wrong with the fan fic, it wasn't too serious.  I might get the odd terrible review (luckily that never really happened - only strict, constructive criticism at the beta/draft stage) - but it wasn't the difference between being published and not being published.

Anyway, the process has begun.  I'm going to read through the whole story, so I have an idea of how it flows - like a true book.  Then, I'll start doing the things I know that need fixing - thanks to those that have given me some feedback - then I work on reducing the word count.  It's around 90,000 words believe it or not, so Stephen King (On Writing) says I need to lose about 10% of it.

I have noticed that I've used 'can't quite put his finger on it' a few times.  Those are going to have to go!  They stand out like sore thumbs.

I've also realised I've got Sophie swearing too much.  Not very lady like.  There are a couple of times where it's allowable, but a few times I think I could tone it down.  She's not me - who swears like a trooper!

Right, well, I can't sit around here chatting, I've got a novel to edit.
Posted by Teresa F Morgan at 6:30 pm