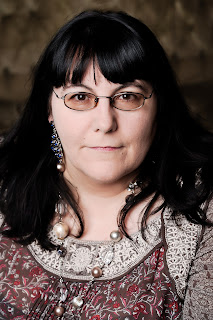 Today, excitedly, I have Victoria Lamb answering questions on her book The Queen’s Secret. She's my second blog tour visitor and was happy to answer the same questions I set for Cherie. (I was worried they were a bit crap, if truth be told, found them harder to write than my own novel, but Victoria said they were very good, so we stuck with them).
Q: Can you give us your elevator pitch (to the reader) for what your book is about?

A: Elizabeth I on her Royal Progress about the country in the summer of 1575 stops for a few idyllic weeks at Kenilworth Castle, the Earl of Leicester's country home. Robert, Earl of Leicester, entertains her lavishly, turning his castle into Camelot in a last-ditch attempt to persuade the Queen to marry him. But Elizabeth suspects her favourite has restarted his affair with Lettice Knollys. Determined to uncover the truth, she enlists the help of Lucy Morgan, a young black court entertainer, to spy on the adulterous couple for her, unaware that Leicester has already asked Lucy to be their secret go-between. Soon Lucy is entangled in a terrible web of deceit, uncovering more than she anticipated when a plot to murder the queen emerges. A richly textured novel, this not only features Elizabeth I and Lettice Knollys as point of view characters, but also Lucy Morgan and her guardian, the charismatic spy Master Goodluck.

That was probably quite a tall building as elevator pitches go, but it's a complicated plot!
Q: My 'Twitter' question - Describe your heroine in 140 characters. (you can always check it on Twitter rather than count the 140 characters lol!).

A: Lucy Morgan: a young black entertainer for Elizabeth I whose star is rising. An X-factor winner for Tudor times! 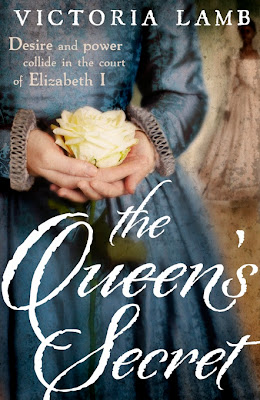 Q: Obviously you're in love with your hero - you wouldn't have written him otherwise - but why do you love him, and think your readers will too? No character limit this time lol!

A: This is a very interesting question, because it forces me to examine exactly WHO my hero is in The Queen's Secret. This not being strictly a romance, although it contains romance, I do not have one male figure on whom the heroine's interest is focused. Or do I? Lucy meets a young man early on, named Tom Black, with whom she begins to fall in love as the story unfolds. But for me, the true hero of The Queen's Secret has to be her guardian, Master Goodluck. He is one of Walsingham's spies, a master of disguises, a shadowy figure who is never at the forefront of the action but is constantly watching and trying to protect Lucy from harm, which infuriates her. In the sequel to this novel, already written, his fascinating character and backstory are developed even further, and if there is any character in Lucy Morgan's story with whom I've fallen in love, it has to be Master Goodluck.
Q: And can you prove that all published writers are really human?

A: Is this where I have to type out a few wonky letters correctly to prove I'm not a spam-bot? If it's any consolation, I've had to serve a VERY long apprenticeship before holding The Queen's Secret in my hands. I wrote my first novel at the age of twelve, only considered myself to be a 'serious' writer - in that I started to get a few pieces accepted in magazines - in my late twenties, and slowly began publishing from then on, but had to wait until my mid-forties before signing my first major publishing contract.

Sometimes writers are late bloomers, or keep falling just short of the radar, or simply aren't writing what's currently popular or fashionable. So although I know how lucky I've been to get six books under contract, I have no illusions that this wonderful state of affairs will last - or at least, not without some serious grind on my part.


Being a published writer is about being able to accept flux and change, and still keep writing what's important to you. Some years will be lean, others less so. You may have to struggle for years, even decades - as I did - in order to be noticed. It's not about talent, though talent plays into the equation. Some talented writers may never get published, and some writers are constantly getting contracts without having much to recommend them beyond hard work and reliability. Success is a combination of factors, not all of which are within the writer's control, including talent, hard work, determination, personality, and of course, the all-important X-factor in a writer's career - LUCK. Though we make our own luck to a certain extent, by putting ourselves about and talking to the right people, and just working hard. But even if things never seem to happen, the big thing is to be yourself and not sweat too much over whether you're doing it right, or going to the right parties, or whatever. Just be perfectly yourself, with no false front, and sooner or later the universe will come to your door. That's my theory, though I have no idea whether it's true or not. Don't trust me to tell the truth, I'm a storyteller.

The Queen's Secret by Victoria Lamb (Bantam Press, £12.99) is available now in hardback and ebook. Link to Amazon here!

Thank you, Victoria. Good luck with The Queen's Secret. Another book I will have to add to my 'to-read' pile - having a heroine with Morgan for a surname, what's not to like about it.
Posted by Teresa F Morgan at 1:57 pm