I'm Not Allowed To Get Excited 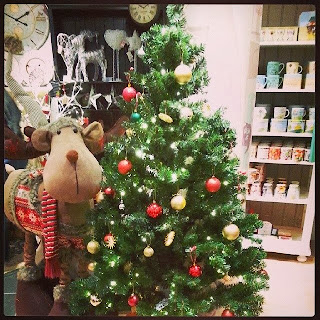 I'm not really allowed to get too excited about Christmas yet, even though I want to be.

My son's birthday is on the 4th of December, and so I have always liked to get his birthday out of the way, plus allow his cards to be up for a good week, before the Christmas cards are put up. (I'm trying not to think too much about it being my son's 9th birthday!)

Luckily enough, his birthday is early enough that it doesn't get 'merged' with Christmas.

However, returning from Center Parcs on Monday, where the shops and around the site have been decked out with Christmas stuff because it's 'Winter Wonderland' there has put me in a Christmassy spirit.

I can't believe December is rapidly approaching, I am nowhere near where I want to be in editing my second book and before we know it, it WILL be Christmas.

I have bought my Christmas tree. It will be the first Christmas in my new house, and the lounge is just too small for a real tree, so I've bitten the bullet, gone against the grain, and bought a fake, slimline tree.

You know, if you still want a reminder of Summer, with weddings, Cornish beaches and sunshine... Plus One is a Lucky Number is in the Winter Sale on Amazon (and other good ebook sellers) at £2.99 - just saying ;-) 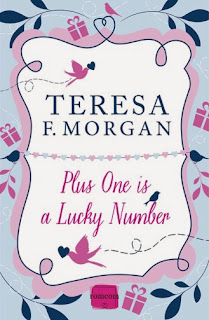