If you've not read all the parts yet, click on the links below to catch up!


And now for my part. This is my third time participating in the round robin organised by Lori Connelly. Initially, I'm always anxious when it comes to my part, I worry I won't get it done in time - as I can't think about my part until the one before is up. But when it comes to it, I focus on writing, and it's great to be back doing that, especially when I feel that all I do is edit at the moment. Enjoy!

“A time window?” Matthew said in disbelief. “Old man, you've had a serious bump to the head.” He made towards Walter, to help him to the chair, but Walter batted him away, already looking stronger.
“Don’t call me old, boy!”
“Don’t call me boy.”
Beth rolled her eyes. These two were definitely related, their resemblance striking. Not only did they share the same piercing blue eyes and handsome features, they shared the same stubbornness. Walter was aged anywhere between seventy and eighty, Beth guessed. If his daughter, Matthew’s grandmother would be a hundred now, it didn’t make sense, unless there really was a time slip.
“We must go to Watchtower Hill,” Walter said, urgently. “I’m here to lead you to Alice. Then I can return... to my Rose.”
“There’s a snow storm coming!” Matthew said angrily. Beth took his arm, worried he was losing his temper and patience with the elderly man.
“We’ll get there in time,” Walter said firmly. “Beth, get that sled.”
Two hours later, all appropriately dressed and equipped to hike through snow and the cold, they trudged knee deep, towards Watchtower Hill. It was hard work, and tiring, gradually climbing. The wind was harsh, blowing a blizzard of icy snow that stung their faces, evident of a storm coming. Beth’s muscles ached with exhaustion; she dreaded what Walter felt, though between them, they’d pulled Walter some of the journey on the sled. Now, through the thicker woods they were all on foot.
“We’re nearly there,” Walter said, breathing heavily, pointing towards the ruined snow covered cabin.
To Beth’s surprise, Walter led them past the wrecked cabin, and a little further round, through a thick part of trees, and they found a smaller cabin, camouflaged with snow, almost like a cave in the hillside. Its only give-away was the smoke billowing out of the chimney. They could smell amongst the fresh pine of the trees burning logs.
“How many times I've walked these parts – I've never seen this other cabin,” Matthew said. Beth stumbled and he caught her, then kept hold of her hand. How had she doubted his love? Hesitantly, Walter pushed open the door. The three of them entered the small cabin and the warmth hit them, and inside there was an elderly woman, sitting in a rocking chair in front of a fire.
“Papa?” she said, hesitantly. “It can’t be you?”
“Alice.” Walter smiled. “You made it back.” Walter hugged his daughter, who looked similar in age, if not slightly older.
“I came straight back,” the old woman said.
“I know you did, and now you must tell Matthew what he needs to know. To protect the time slip, and the farm.”
She glanced at them, Matthew still holding Beth’s gloved hand, and frowned. “Who are they?”
“Matthew and Beth. He’s your grandson. ”
“But it can’t be.” She shook her head, anxiously ringing her elderly hands. “I left him at the farm with his father. He’s only twelve.”
Matthew knelt before her chair and took her hand tenderly. “Grandma, you've been gone twenty years.”

You'll have to wait until 2014 for the next part... here's the rest of the schedule: 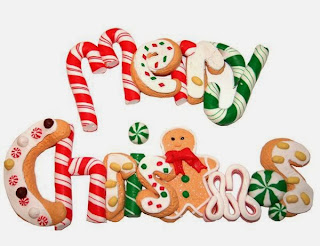 Merry Christmas and a Happy New Year!
Posted by Teresa F Morgan at 9:00 am