Reading Liz Fielding's blog about grammar got me thinking today (and I've gone to Amazon and purchased that book!).

I've read a lot of stories over on the Mills and Boon New Voice competition, but not all.  There's over 130 entries now, and I just can't keep up.  But I've noticed how some writers avoid the word 'said'.  I must admit, for those that I've struggled through, and got to the end, I've had to tell them that it's obvious they've avoided using 'said'.  It's such an invisble word that when you don't use it, or deliberately avoid using it, the reader notices.  Big time! 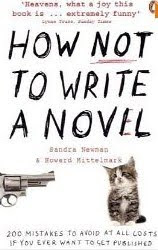 At times I would get completely thrown by the dialogue because there were no tags, just the characters doing things, but I couldn't work out who was saying what even though there was action.  I got lost.  If you have to go back a re-read sections of a story, it's not good.  (I know sometimes I do have to because I've been distracted or tired, but sometimes, it's because of the writing).

And I'm by no means an expert in writing, so maybe I shouldn't talk.  But I have noticed the lack of 'said'.  If little old me is noticing it, novice writer, not even published yet - imagine the editors.

Anyway, last night I dug out my faithful How Not To Write A Novel  and found what I needed to make sure I wasn't barking up the wrong tree.  And I quote from this book on page 132 under the 'Dialogue' chapter:

'Published authors use the word "said" almost exclusively when they wish to indicate that a particular character is saying something. ... Many unpublished authors, however, become uncomfortable with the repetition of the word "said"and try to improve the technology of dialogue by substituting any verb that has ever been associated with speech and language.'

Said is invisible.  He volunteered, he clamoured, he gulped, he smirked, is not.  Trust me, if it gets tiring after just one chapter... imagine a whole book!  Can you smirk words or gulp them?

I think I did fall into this trap at the very beginning of my writing, and it was very quickly stamped out of me.  I will use 'he asked' if the dialogue is a question, and sometimes even replied, whispered or shouted, because occasionally these things are okay.  And obviously you don't always need a speech tag if the dialogue flows.  But when you do, use 'said'.

This is a really good book and a giggle, too.  I recommend it. It doesn't just talk about dialogue.

And now I'm worried about my grammar...but I've bought a book on that, so you should see some improvement soon.
Posted by Teresa F Morgan at 8:48 pm

Email ThisBlogThis!Share to TwitterShare to FacebookShare to Pinterest
Labels: how not to write a novel, writing