The last time I blogged was Friday!

Easter holidays are taking their toll, as I haven't had the time to sit here much, especially as in the evenings I've tried to knuckle down with the editing of The Wedding Favour, rather than procrastinate! I'll be getting to some parts that I know need some rework soon, but for the moment, as I work my way through, I'm trying to tighten it up, make notes of things mentioned, so I can remove repetition. I've removed 1000 words so far. But I don't think I'm being brave enough really, and hacking at it as I should be. But I suppose that side of my writing confidence can only come with time. I'm trying to do it off my own back though and not rely too much on my writing friends, as I appreciate I do need to learn. 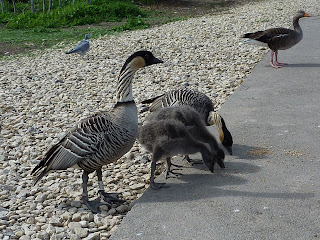 So, the reasons for lack of WRA: Yesterday we went to Slimbridge, and as hoped, we did get to see baby chicks! Never managed to get a photograph of the ducklings (too quick and too small), but there were some really young birds there this time of the year. So cute, so small! 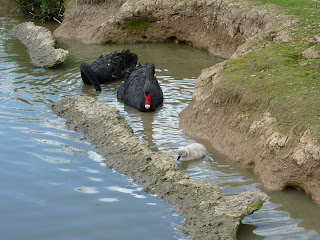 And this is the boys feeding the last of their corn to the swans. It is rather wonderful to be able to walk amongst these birds, and generally they are not fazed. You know when a swan is getting moody, and to scarper! Ben had even managed to feed a pigeon from his hand. 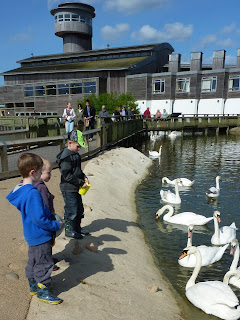 So as you can see, I'm busy entertaining the kids, and not doing much writing. Last night, after having a wonderful massage, I decided not to ruin it by slogging away at the PC and read instead. Today I have a lazy day planned, so if while the kids play nicely (ha! arguments always kick off when I decide to disappear) I might get an hour in. We will see.