Back in February 2010, part of my Writer's Bureau coursework, I sent a letter to Writing Magazine. It was my first letter to them. I got a reply saying it was being considered for the letters page, then over a course of emails, they asked if they could use if to for their marketing material. Of course I said yes! But never saw anything of it ... until now.

The other day an internet friend emailed me to say I was quoted on the subscription renewal form for Writing Magazine! She scanned it in and sent it over to me. (Thank you, Laurie.) 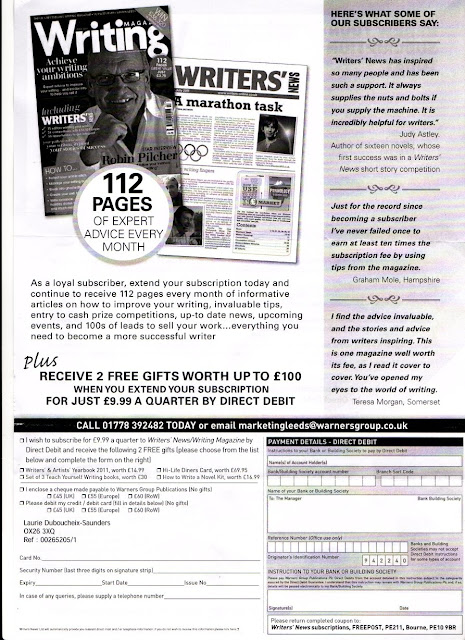 So I'm going to take this as another success of my writing being published. Okay, so I didn't get paid, but my name is out there!

So look out, if a subscription form comes through your post. 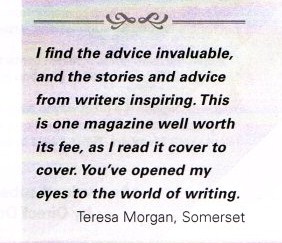 Now I must get back to reading July's issue... August will be here before I know it. As I pay for this magazine by subscription, I read it from cover to cover (only lately I've been slacking). There are a lot of useful information in this magazine. I've tried books from authors I wouldn't have heard of before (Gerald Seymour) and have added books to my to-read list, too. I haven't made money from writing yet, (but then I need to send stuff out and I haven't been lately) but I am sure when I do, it will be thanks to the Writers Bureau and this magazine.
Posted by Teresa F Morgan at 9:11 am