It Didn't Move The Romancer In Me 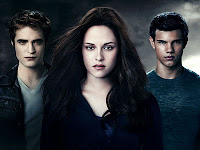 Haven't blogged in a while, so thought I'd better pull my finger out and get typing! Especially as I've been awarded the Liebster Award by Rebecca Bradley (which will be another blog post when I get the time to sit down and think about it).

Last night I went to the cinema with a friend to watch Breaking Dawn Part 1. To be honest, I wasn't that fussed about going, but it was a good excuse to get out of the house and socialise with a good friend. (We went to the pub afterwards!) Socialising is research for a writer after all.

I wasn't overly enamoured by the Twilight books if truth be told, and Breaking Dawn was the last straw for me. I really didn't enjoy it. The end redeemed it somewhat, as there is a good fight scene (how Stephanie Meyer seems to end all her books) and I think I gave it two stars on Goodreads. But there were times when I wanted to just chuck the book at the wall. I had to remind myself, 'It's written for teenagers,Teresa'. Maybe teenagers 'got' Bella better than I did, I just wanted to give her a slap.

I have found the films to be better than the books - which is odd as it's always the other way around with a book and a film. I was more moved by the trailer for War Horse than I was watching this film - and I'm a romance writer! I'm a sucker for romance and happy endings, even if it means getting a box of tissues out and having a good blub!

This first part is about the marriage of Edward and Bella - I wanted a bucket! It never put a lump in my throat, or a tear to my eye. I think because I don't like Bella.

Jake is rather cute... 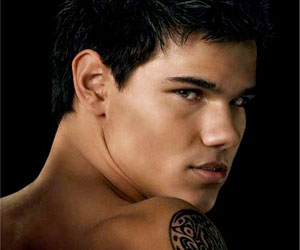 But I think I prefer Alcide... (not that I've seen Season 2 of True Blood yet, but it's on my Christmas wish list - and you can see why!) 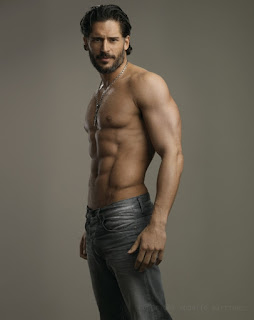 Maybe because I'm that bit older now... I like a man, or werewolf... whatever, enjoy ladies. (You didn't think I'd blog without putting top tottie in it, did you?)


In other news, my letter was published in Writing Magazine - January 2012 edition. I wrote to them about Jean Saunders and her family donating our writing group some of her books. I'm so thrilled to finally see my name in Writing Magazine - that made my evening last night, discovering this little nugget of information. (I'd not even unwrapped the magazine when it arrived yesterday, as I'm still reading December!)
Posted by Teresa F Morgan at 9:44 am