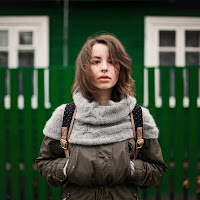 As I mentioned in this blog post here, I'm participating in a round robin with some fellow Harper Impulse authors. It started on Lori Connelly's blog

Part 1 is here on Lori's Written Fireside blog. And here's the story continued...


Clara forced the envelope back into her pocket and turned to look up at the tall man. He mustn’t know about the envelope. Not yet. She had to learn what it meant first. And a small, niggling part of her didn’t trust this man.

Wiping her face of the tears just shed, Clara hoped she was hiding her startled feelings, her heart pounding.  Taking a deep breath, she regained her composure.

“What do we need to talk about, Mark?”

“What about her?” Clara swallowed hard. Did he know something?

But he could be very good at deceit.

She couldn’t afford to do this now. The envelope in her pocket weighed on her mind, making it difficult for her to concentrate. Clara wanted to read the contents of the envelope.

“Mark, can we talk about this later?” She stepped back.

“No, this can’t wait.” He grabbed her arm firmly and she winced.

“Okay, but not here. Let’s meet at that little café we used to all go to.”

He nodded and walked away. With some relief, Clara turned, moving swiftly towards her car, retrieving her car keys from her bag as she paced. Adrenaline pumped through her body knowing she didn’t have long. She unlocked her car, but as soon as she was in, car key in the ignition, she locked all the doors. Then, with shaky hands, she pulled the envelope from her pocket.

The next Harper Impulse writer for the next part is Carmel Harrington.