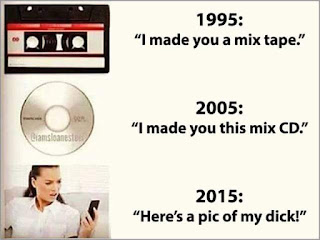 Isn't it funny how the guilty play the victim?

I feel I need to tell my side of the story. To prove who really is the victim...

I met He Who Shall Not Be Named on an online dating site. We chatted there a bit, then moved it to text messages - as you do.

During these early messages, He Who Shall Not Be Named at first sent me a couple of pictures with his boxers on, but clearly suggestive that he was aroused. I rolled my eyes (not that he could see that) - I was in the playground collecting my kids from school - and we had a giggle about it over texts.

I will state we hadn't met yet.

Then, I'd come back from the pub with a friend one Friday night. I was in a fantastic mood - because my mate always makes me feel good and we'd had two bottles of Prosecco between us - and He Who Shall Not Be Named asked if he could send me some more pictures.

I replied drunkenly, "Yes, as long as they're not indecent."

I have no need for dick pics - certainly when I haven't even met the man.

Yes, well guess what, dear Reader, guess what he sent...

Not one, or two, or three, BUT FOUR pictures of his erect penis over WhatsApp. A couple in the shower, and couple in bed. 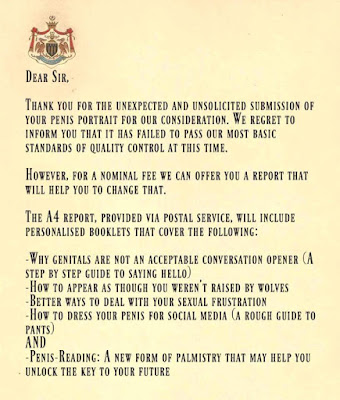 I went absolutely ballistic. I mean BAT SHIT CRAZY! I was fuming! (Anyone seen me when I'm angry, I give the Hulk a run for his money).

I think I replied something along the lines in between my Hulkish rant, "Are you even going to bother asking me out on a date or are you wasting my effing* time?"

To this day, I wish I'd never met him. I should have seen the warning signs then and there, but we did meet, he was apologetic, and from then on, in the fourteen months we were together he showed remorse and appeared ashamed of his behaviour. I thought the man I'd fallen in love with could not have been the same guy who'd sent me these obscene photos... He was too nice. Too decent. I'd even discussed with him why he'd done it, and he'd replied he'd been advised it was the thing to do. I advised him then it was NOT the thing to do.

He came across inexperienced in the dating game. And so, embarrassed for him, I never shared with my friends his initial behaviour. (A couple of friends knew because at the time the Hulk wasn't rational and I needed to be calmed back to my Bruce Banner state).

I wish I had share this information with more friends!

So, what do I find out now? He's still doing it. He is still sending women, whether they want them or not, indecent pictures of his dick as his chat up line.

So he never was truly remorseful. He hasn't learnt by what I said. He even now switches it around, the women are the liars, the woman asked for these images...

I mean, I imagine, if you're sending something obscene unsolicited, someone isn't going to like it and will complain. Don't make out you've done nothing wrong!

Well, I hope the next woman you send your dick too, she plasters it all over the internet with your name attached to it. (Best way to do this would be screenshot it - he can't deny it's not his then!)

So in my Samantha-then-Janus, Game On voice, I say:

Be ashamed. Be. Very. Ashamed.
Posted by Teresa F Morgan at 9:34 pm

Email ThisBlogThis!Share to TwitterShare to FacebookShare to Pinterest
Labels: grief, He Who Shall Not Be Named, loss of a relationship, love, online dating, relationships, single, singleton