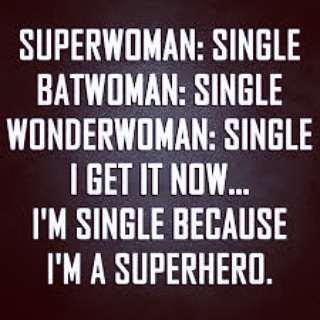 I've been informed by a reliable source that my blog is becoming rather popular in a certain town near Bristol. Fame at last! Or maybe, finally, it's Karma?

So this one is for all of you!

And anyone grieving the loss of a relationship. Obviously.

When I first started writing about my heartache, it was the hope, as a writer, to get it off my chest, to ease some of the pain I was feeling. Now, my hope is that maybe women (and men) can read my story, see how poorly I was treated by He Who Shall Not Be Named, and having encountered the same sort of situation, can gather strength from what I've written. To know that they are not at fault, with their self-esteemed shattered, and that there will be light at the end of the tunnel. To know they are not alone.

He Who Shall Not Be Named should come with a health warning. (I quote a friend here actually!)

A man who sees himself as selfless can actually be deceivingly selfish. Everything has to be on his terms, and he'll be very good at manipulating you into his terms. As soon as you question those, as soon as you start to ask for something more, something that a real loving relationship deserves, he'll dump you, and move on (to his next victim) very quickly.

And you're quite within your rights to want more from a relationship, be it commitment, time, intimacy. You're not a doormat. You're not prepared to be used.

Another ex-girlfriend of my Ex (yes he's racked them up since me) has been in touch, to praise this blog. (Thank you, by the way). If you haven't read it, and as this year comes to a close, I want to show you how far I've come. And for those maybe feeling hurt and angry by the loss of a relationship, I am proof that your grief will ease. 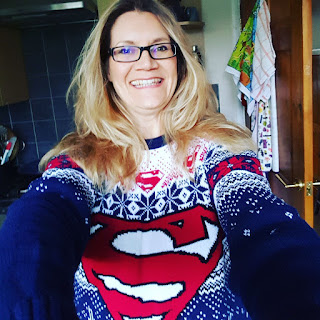 My story starts here with When Will It Go Right?  I thought, with He Who Shall Not Be Named, I'd finally found the right one. I have been divorced nearly seven years now, and I am still single (and wonder what the fuck I am doing wrong - or why I seem to fall for the arseholes - where as I have  friends in similar positions who have found great guys, even married them). I feel I wasted 14 months of my life on him... when I could have been working towards a relationship with another guy... another guy I've potentially missed, because I was too loved up with HIM.

And as you read through the blog, I hope you see how much stronger I have become, although it does take time. How counselling helped, too.

I still feel today I was conned out of my heart. I am grateful I wasn't conned out of money, or worse, something could have happened to my kids. (I feel lucky in that respect.) I was just used really, for sex and for the feeling of being in a relationship when it suited him.

What has come to light from these two women now that have messaged me; he has had a girlfriend for two years... Yes, I'm doing the maths! He ended our relationship in August 2017... that's less than two years ago... So, He Who Shall Not Be Named, were you cheating on me, too?

If so, WHEN did you find the time?

Were the extravagant gifts a way to hide your guilt?

Are you introducing all these women to your kids?

And take a good hard look at yourself! For someone who prides himself as being a good guy, you are not!

Are you the kind of man you would want your daughter to date? Do you want her to be treated how you treat your girlfriends and lovers? Is this how you wish your son to grow up to be?

Please! Take responsibility as a role model to your children if nothing else!

Although, sadly, at 50, it is unlikely you will change your ways.

I am sickened. I did not know you. And it sickens me further that you continue to use women - and thought very little of our relationship if you can move on so swiftly. But you're doing it to women who are looking for a relationship, not a hook up... You're duping them. It's wrong.

If you're just wanting sex, at least be honest about it.

Give them the choice as to whether they want to be partial to this behaviour, these terms.

I don't want to give you the satisfaction by saying you've ruined me. But I am not the same person that you met in June 2016 (where I was in a good place), or the woman you destroyed in August 2017. 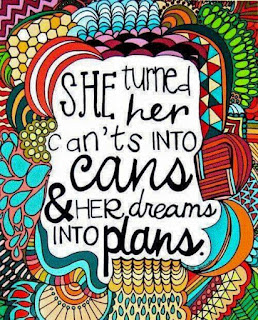 As a romance writer, I have always believed in romance... (hence you deceived me as I saw your gestures as romantic and not manipulation) but now I'm feeling more cynical about it. Is there such a thing as 'the one' or a 'soul mate'?

I'll continue to write it... give women that escapism they need, but whether I believe in it, is another thing...

You have toughened me up. I have made my peace. I will go through life not relying on a man (well maybe one; my Dad). Where I get to be, the successes (and maybe the failures) will be down to me. And me alone.

I will be financially and emotionally independent. I will be responsible for my happiness.

For this knowledge I no longer need a man. I would like one, but to be honest, I can't be doing with the drama, I have too many good friends to keep in touch with, I'm not even sure I have the time to date.

And do I really want the heartache again?

Can I trust the next man, when you - a man you said I could trust - deceived me into loving you?


Note to those who may wish to share their grievances, if you would like to message me privately, please feel free to do so via my Facebook page.

Email ThisBlogThis!Share to TwitterShare to FacebookShare to Pinterest
Labels: 3 positives a day, author, broken hearted, counselling, grief, He Who Shall Not Be Named, karma, loss of a relationship, love, relationships, romance, single, singleton, writing