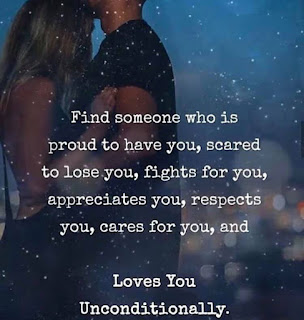 It's been a while since I updated you on my romantic (or not so romantic) liaisons. Last summer, I met a guy who I thought could be The One. We got on so well, talking about everything! It was crazy.

Then, of course, he ended it saying he wasn't ready for a relationship. I blogged about it here.

This spurred me to do something rather unlikely. With a lot of badgering from my writery friends, I applied to First Dates. (As I no longer have an online dating profile anywhere! Yep, deleted them all.)

Then one month later he came back into my life.

Now, this happened all before Christmas... (And I wrote this post before Christmas but decided it wasn't the right time of year to start ranting about idiotic men ann didn't want to taint the Christmas spirit!)

All I will say is, ladies, avoid men with issues. Do not empathise, sympathise, even dream of loving them, do not fear that they will be lonely. In fact, let them be exactly that. Lonely. They do not deserve you because if they do not love themselves then they will not love or respect you. And to be honest, I think they love themselves a little too much in some twisted way, and will not give two shits about you.

After two weeks of no communication from #MrWells, which I was to assume our relationship had expired, he messaged me via email. Am I to presume he deleted my number out of his phone (as I have done with his if truth be told). An email?!

And all it reads is along the lines of sorry it didn't work out between us. Still no explanation. No thank you for returning his watch. (I'll get to that).

I deleted the email without responding. I felt that as I had nothing nice to say it was best to say nothing at all.

However, you know me, I do like to have my say... so I thought I'd blog about it instead.

Dear reader, do you want to know what he did?

We've had a lovely evening, everything appeared great between us (so I thought). We'd only been seeing each other a couple of months - well it's about 4 months from 1st date, but we had a wobble which really should have told me then to walk away. (See link above.)

We watched some TV (like normal couples do) and went to bed, made love....

Now we aren't familiar yet with sleeping together regularly, so at 2am (ish) it wasn't surprising for him to say he couldn't sleep. However, he insisted he would go into one of the boys' rooms. Now being a lot bigger than me, and my boys both have cabin beds, I suggested I go and he stay in my bed.

But he insisted I stay in my own bed. So I made up the sofa bed in my son's room and left him to it. At around 2.40am #MrWells is entering my bedroom, using his phone as a torch, rummaging around in the ensuite. (Honestly it was like a burglar!) When I ask him what he's doing, he says he's gathering his belongings, he can't sleep, he's going home.

Now we'd made plans to do something together Sunday. In this growing relationship, I'd hoped we would get to spend the day together. So, in my confused and very tired state, I'm asking if he's coming back. I help him find other items that he would clearly have behind otherwise - he's a bloke after all - and see him on his way.

I can't sleep straight away, so I put all the sofa bed back etc. In the morning, I've received a message which says he's "home" at 3.43am. I reply, "Hey best text me once you're up."

NEVER GOT A REPLY UNTIL THAT EMAIL OVER 2 WEEKS LATER!

I sent his watch back to him via special delivery when my friends said I should just smash it, or just not bother sending it back until he contacted me. He didn't even thank me!

After knowing how #HeWhoShallNotBeNamed had treated me, confiding in him about the counselling, this is how I am treated! I am soooooo sick of it.

Why me? Why do these fucking arseholes come near me?

I wouldn't mind if they were drop dead gorgeous and fit as fuck, but no, they're average arseholes. And I'm so soft I let them in.

I'm really sorry to say this but the next guy really does have his work cut out to convince me he is worth his salt. Because I am DONE!

I am very happily single.
Posted by Teresa F Morgan at 12:23 pm