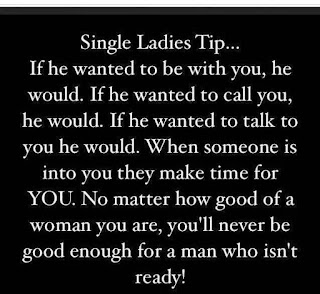 
Sometimes there is a cause to say "Man the fuck up!"

I'll apologise now, as I may offend some maybe with the above statement but I am angry, and passionate about the way I feel. This is me! Maybe you'll understand if you read further.

So, I was dating someone and we joked about how busy we were etc. but we found the time to have the first date, and that went well. Over a week later we had the 2nd date and then a couple of weeks later we had a third.

This was slow dating for me, and each date felt like the first, with the nerves, because so much time had passed between each one we had to get to know one another again. But maybe this was a good thing, I thought, (and so did my friends) as I seemed to get swept off my feet, and then come crashing down with a bang.

Anyway, last weekend (and I'd told him prior), I said I could make myself available for a drink on the Saturday evening.

Saturday arrived, and I was texting, "Are we meeting?" a little to my annoyance, as a girl really wants to be asked out by the boy. Even in The Big Bang Theory episode (Season 2 episode 2 The Codpiece Topology) I laughed as Leslie, very clinically, let Leonard be the man to organise the dates and telling him to call her.

My response to this text was that he was at a friends.

Now I don't have a problem with that. Only if he was interested, which I believed he was, as he'd been messaging me since our last date, two weeks before, he should have said, "Sorry I have plans that night, but are you free Friday or Sunday?"

I replied with a jokey text about our next date really would be June 2020 (as it had been our little joke with each of us having busy schedules).

I've not heard anything since.

I mean, Sunday, I received no text from him. And I refused to text first. 1) Because I was the last to text, and 2) If he's interested in me then he'd message, right?

So here is where I believe he should Man The Fuck Up!

Surely I deserve an explanation, even a simple, "Sorry, I don't think this will work out." ???

No, I get the cowardice and rude approach of just leaving it dead in the air when ironically his online profile states something about being a gentleman.... 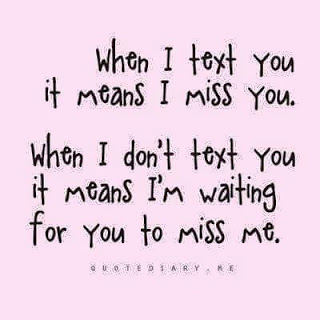 And my friends wonder why I have self-esteem issues! (Although I know I've done nothing wrong.)

I believe this is an adequate example of when a man should "(gentle)man up" - in my opinion. Agreed?

Off to watch He's Just Not That Into You....