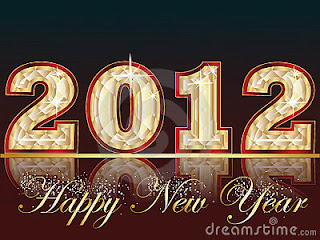 The new year means trying to join the Romantic Novelists Associations New Writers' Scheme. I decided to give it a go, especially after being at the conference last year and meeting so many wonderful Romantic Writers.

The rules stated you could not send your email before 00:01 2nd January 2012. Which meant I was up until midnight last night, waiting for my PC's clock to click over to 00:01 to send my prepared email.

My friend Morton Gray was also doing the same, and we were messaging via Facebook, reassuring each other that we weren't nuts, and confirming we both felt a tiny bit nervous and sick about pushing the send button.

Morton heard early this morning that she was in. I therefore feared the worse, as I checked my inbox every five minutes there after and saw no email! At 13:11 today, finally I was put out of my misery. I'm in! I've got a place on the New Writers Scheme. Whoooo hoooooo! *does Joey from Friends happy dance*

This now means I need to knuckle down and get writing. Admittedly I do have The Wedding Favour finished, which I'm slowly editing - and now need to speed up on -  but I would like to send Perfect Isn't An Option to the manuscript appraisal system. This so far stands at 33,000 words (as my little box to the right indicates). I've just ordered Rob Lowe's autobiography which comes out in paperback 19 January - this is research for Steve, my hero. I think January will be tidy up and finish The Wedding Favour, and February start concentrating on my second novel. If I do 1000 words a day again, I'll get it finished by end of March latest. I've got till the end of August, so I won't start panicking yet.

This has also made a decision for me. I need to concentrate on the novels. I will try to get a short story written and entered into competitions etc. occasionally. But I really need to make sure that I'm on track with both of my novels before other things get in the way. (I will send my short story off to the Choc Lit competition though, as that's almost ready!)

Anyway, it's been a big plus today for me. I'm going to take this acceptance into the RNA NWS as a good sign for 2012!