January Was The Month To Catch Up

But, I still haven't quite pulled my finger out yet and started writing something else.   It is only day two in the Big Writery House.  Don't beat yourself up yet!

The February edition of Writing Magazine short story competition, due March is a ghost story theme, and I've thought of something there - ish.  I do need to look at Assignment 7, but I wanted to tie up some loose ends.  One being reading through a story for a friend, who is reading through The Wedding Favour for me.  She's a fellow Writer's Bureau pal and her story is aimed at children (9-12 pre-teens).  Not sure how much advice I'm going to be able to give, but happy to read it and see if the story is working, the plot flows and all that, there's no WTF? moments etc.  (which is what she's doing for me). 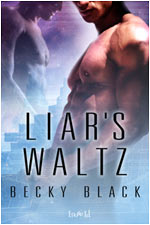 Then, I also want to read Liars Waltz by Becky Black (which is a pseudonym) - she's a friend who got me into this writing mess in the first place, and is an inspiration to me in some ways.  Liars Waltz is her first published novel (I've read practically all of her fan fiction and original stories she's created through NaNoWriMo) and hope that one day I might be joining her as a published author.  It is a m/m romance, which isn't really my genre of writing or reading, but I like her style - and she's a friend!  I'm open minded and romance is romance at the end of the day.  Her stories are also set in 'Science Fiction Land'.  She's my next best thing to Rob Grant/Red Dwarf... only with more sex.  Rimmer probably would have liked to have had sex... but that's another story.

Oh and I have one more module of my coursework to read... so I've got a lot of reading to do.

So that's it.  I still haven't heard from Woman's Weekly or The People's Friend, and not sure how long I have to wait.  Isn't it a similar question to how long is a piece of string?

Before Christmas I'd emailed Tescos and Sainsbury's magazine, and neither have returned my email, so will have to rethink there for two articles I've created.

I keep worrying I'm doing something wrong... like my email must make me appear to have two heads or something.  But I think I'm doing everything right.  Apart from writing the perfect article.

So another on my list to do is make time for more magazine reading!

And can you believe, today, off to collect my son from preschool I came up with a hare-brained idea of a sequel to The Wedding Favour... wanting to tell Cassie's story.  She's a bit of a fruit loop, it would be so much fun! Though I already have the next novel in mind I'd like to write... but maybe I should at least write up some notes - huh?
Posted by Teresa F Morgan at 4:15 pm