Terrible Picture But Reminded Why I Should Socialise More

The other week, I went out with some friends.  We have all known each other roughly six years now, as we all met through a postnatal group with our first baby's, and they grew up together when we'd meet for play dates. 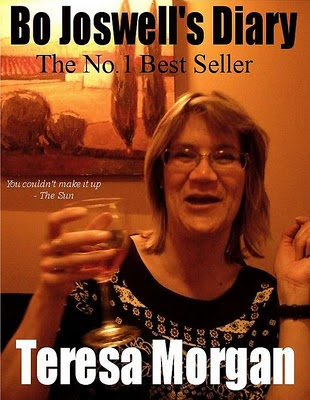 Now that our children are at school, we don't meet during the week like we used to - occasionally after school at Puxton, but we can't all make it usually.  We do try to go out of an evening once in a while, and our last social gathering got snowed off before Christmas, so we met up the other Friday.  We were already giggling and laughing with each other before the wine had been poured.  And it's nice to talk without having the kids interrupting, coming up to us asking for this, that and the other, or fighting over a toy (as they did as toddlers!). We never used to get a conversation finished.
Once we'd drunk a few, and were giggling away, I commented how our friend Jo is a character, and that (one day) she's going to appear in one of my 'books'.

Jane came up with Bo Joswell - because obviously the character wouldn't be called Jo.

We joked that I really should have taken out my pad and pen, and made notes, because socialising gains stories and experience for a writer.  Jane, who was taking the photos - it was her camera! - put this together.  Not a great photo of me, however I do like what she's done with it!
Posted by Teresa F Morgan at 3:36 pm