My friend left the first picture on my Facebook wall, and as yesterday we were ogling Adam Levine, I thought - sticking with the theme of tattoos and singers - I'd post Robbie Williams. I just had to share this picture!

I know he is not everyone's favourite. He's like marmite, you either love him or hate him (so I expect mixed comments). I think through his career he's had ups and downs, and it's been a case of not having someone to love, or to love him (or at least that's what I like to think!) With this in mind, he's also my additional inspiration for my second novel that I am writing, Perfect Isn't An Option.

I love him! Even in the early days of Take That, I loved the cheeky chappie... and I definitely think his looks have got better with age. He has blue eyes, and dark hair (I will post some blonds soon), and tattoos suit him. I love most of his music, it went a bit strange with his falling out with Guy Chambers (which I'm not sure was his best move actually) and I was thrilled when he did an album with Take That - they too have improved with age! Men do get better with age, don't they? As long as they look after themselves obviously...

Only 15 sleeps till Christmas! 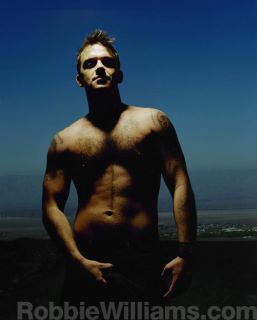 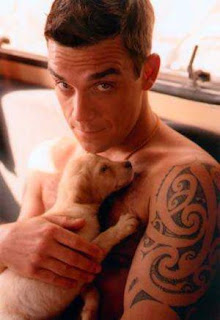 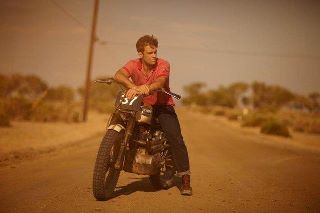