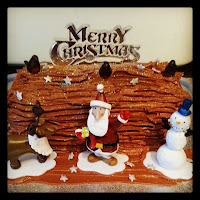 Behind door 15 is Erin Lawless listing her top ten Christmas films that get forgotten about!

WHILE YOU WERE SLEEPING

A dowdily-dressed, lonesome as hell Sandra Bullock pulls the Christmas shift at the train station, only to save the life of the man she's secretly fancied all year. Visiting him at the hospital where he lies in a coma, she 'accidentally' tells the nursing staff that she's engaged to him. With loads of charming family festivities and a Christmassy Chicago, this is always my go-to Christmas film!

Bruce Willis plays Detective McClane, a New York City cop trying to mend his broken marriage with his wife over the holidays. McClane's wife's office Christmas party is, naturally, overrun by a terrorist mastermind (Alan Rickman) and all of the guests are held hostage. McClane flies in late from NYC and is off in another part of the building when the takeover happens, so he's got the element of surprise on his hands as he tries to foil the bad guy's plot. Too bad he doesn't have any shoes.

BEAUTY AND THE BEAST

Okay, so it's not strictly a holiday film – but there's something deliciously festive about the snow, and the dark wintery woods, and the roaring fires! You could make a Beauty and the Beast sandwich and watch the midquel, Beauty and the Beast: The Enchanted Christmas too if you wanted to!

JINGLE ALL THE WAY

"I'm not a pervert! I just was looking for a Turbo Man doll!" Poor, beleaguered family man Arnold Schwarzenegger is always putting his career over his family, so much so he forgets to pick up the action figure his little boy is desperate for for Christmas. Arnie has to race through town on Christmas Eve – along with a bevy of other neglectful fathers – to try and find a store where the toy isn't sold out! In the days of internet shopping, it's fun to look back and laugh..!

A stuck-up stock investor (Dan Aykroyd) and a scheming street con artist (Eddie Murphy) find their positions reversed as part of a nature-versus-nurture bet by two insensitive millionaires. It also stars Jamie Lee Curtis as a prostitute, which is always excellent. Classic con game comedy that takes place around Christmas (remember a drunk Aykroyd dressed up as Santa and waving a gun around?)

A glorious Nora Ephron-penned comedy starring the legend that is Steve Martin and Live Schreiber as a transvestite. It's Christmas Eve and a serial strangler is on the loose. A crisis hotline, staffed by three inept counsellors, faces eviction. They need a miracle…

This wry coming-of-age tale is quite touching amidst its Christmas backdrop – Hugh Grant starring as the "man-child" bachelor who survives on the royalties from a successful Christmas song his father composed decades before.

THE NIGHTMARE BEFORE CHRISTMAS

Don't make the mistake of consigning this film to October! The film is truly about Christmas, not Hallowe'en! Jack Skellington, the pumpkin king of Halloween Town, is bored with doing the same thing every year for Halloween. One day he stumbles into Christmas Town, and is so taken with the idea of Christmas that he tries to get the resident bats, ghouls, and goblins of Halloween town to help him put on Christmas instead of Halloween -- but alas, they can't get it quite right.

Set five years after the first film, here the holiday season sees an influx of spirits to New York City, so who you gonna call? Who can resist the Ghostbusters charging around in Santa hats, eh? 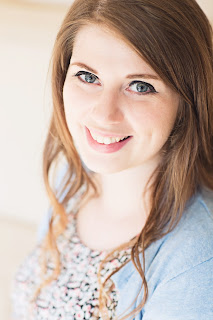 Erin Lawless lives a happy life full of wonderful friends, in love with a man who buys her books instead of flowers. To mix things up a little, she writes books where friends and lovers hit obstacles and (usually) overcome them. When she’s not doing that she reads absolutely everything she gets her hands on, spends an inordinate amount of time in pyjamas and runs a fun-but-informative blog on British history. 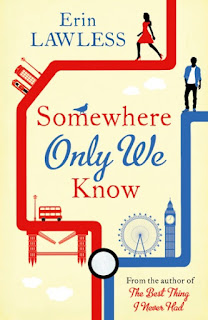