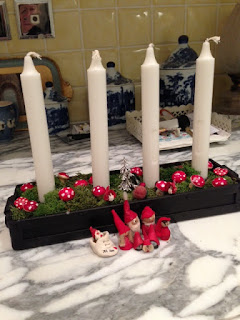 Door 19 opened! Pia Fenton, aka Christina Courtenay is on my blog today!

As I’m half Swedish and grew up in that country, Christmas for me is associated with a lot of Swedish Christmas traditions. We call it “jul” (the same word as the English Yule and pronounced the same way) and our Santa Claus is “Tomten”.

A “tomte” is normally a tiny leprechaun type of being who supposedly lives in every Swedish household and is responsible for the well-being of all the inhabitants, including animals. I love the thought of this and there are a lot of “tomtar” featured in our Christmas decorations, such as these tiny ones I keep next to my advent candles (another tradition – we light one candle each Sunday in the four weeks before Christmas Eve). 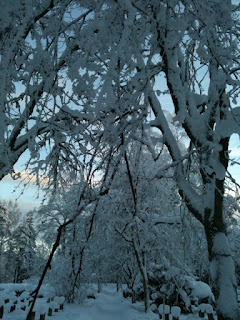 Where I come from, there are huge forests which are beautiful in winter, deep with snow and with all the branches covered in frost or snowflakes. That is the one thing I really miss as it’s a truly magical sight! But who knows, we might get some snow over here this year? I’m always hopeful.

Now that I live in England and have an English family, I really enjoy mixing the two countries’ traditions and having the best of both. Tomtar and angels, smörgåsbord followed the next day by a full turkey dinner – what could be better? It’s twice the celebration!

Wherever and however you celebrate, I wish you a Very Happy Christmas! 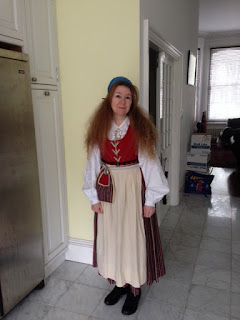 Pia Fenton (writing as Christina Courtenay) writes historical romance, time slip and YA contemporary romance, all published by independent publisher Choc Lit. She is half Swedish and was brought up in Sweden. In her teens, she moved to Japan where she had the opportunity to travel extensively in the Far East. Christina is a former chairman of the UK’s Romantic Novelists’ Association. Her novels Highland Storms and The Gilded Fan have both won the RoNA Award for Best Historical Romantic Novel of the Year (in 2012 and 2014 respectively). Her latest novels are The Jade Lioness (historical) and New England TLC (YA contemporary romance). 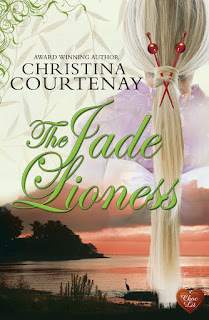 Temperance Marston longs to escape war-torn England and explore the exotic empire of Japan. When offered the chance to accompany her cousin and Captain Noordholt on a trading expedition to Nagasaki, she jumps at the opportunity. However, she soon finds the country’s strict laws for foreigners curtail her freedom.

On a dangerous and foolhardy venture she meets Kazuo, a ronin. Kazuo is fascinated by her blonde hair and blue eyes, but he has a mission to complete and he cannot be distracted. Long ago, his father was accused of a crime he didn’t commit – stealing a valuable jade lioness ornament from the Shogun – and Kazuo must restore his family's honour.

But when Temperance is kidnapped and sold as a concubine, he has to make a decision – can he save her and keep the promise he made to his father?