CHRISTMAS CARDS – How did the custom begin?

I’ve always been interested in learning how different cultures celebrate Christmas, and then I realized that exchanging Christmas cards is a global tradition. But how did it all start?

It all began in 1843 when a gentleman by the name of Henry Cole, the director of London ’s famous Victoria and Albert Museum was too busy to write notes and have them delivered. He asked an artist to create a card for him with a message inside that he could simply sign. A thousand copies were made, and voila! The first Christmas card came into being. 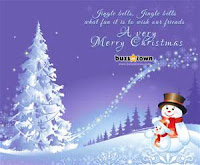 Over the years, Christmas card sending became so popular that by 1870 it had turned into a worldwide custom. Fast forward about 145 years to 2015 and, although some people still send Christmas cards the traditional way, postage costs and technology has altered the practice so that now, most people send Season Greetings electronically and often with jingles!

No matter how you choose to send your Holiday cards, know that the joyous sound of your Merry Christmas! Happy New Year! greeting is heard around the world! 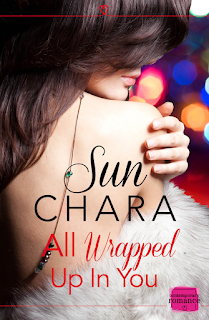 All Wrapped Up For Christmas Blurb:


The fairytale busted! Their marriage hangs in the balance, but on this wind battered Christmas Eve, a miracle is born…

When Ellie hooked up with world renowned neurosurgeon, Peter Medeci, aka 'Prince Charming’, she thought her dreams had come true. But the demands of being the model wife to his career triggers a mutiny within her and she decides to ditch the 'royal' life until he sees her as more than his bedroom playmate. 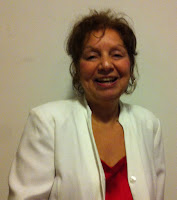 Amazon worldwide & all other e-retailers

EXCERPT: All Wrapped Up in You

“Ninety-nine cents.” Ellie stood outside the Burbank Media Mall showcasing a Christmas broach in her gloved hand to shoppers rushing by. She kept a smile plastered on her face, offsetting desperation rising in her throat, and wiggled her foot, adjusting the cardboard patch over the hole in her boot.

It had been three weeks since she ditched Prince Charming and the ‘castle’. Had she made the right decision?

She replaced the broach in the basket, and scooped up the coins on the bottom. Two sales on Christmas Eve, not a good sign.

The Santa Ana winds sliced through her thin coat, numbing her flesh; a gust swayed the Palm trees lining the boulevard. She pulled the pink cap lower over her ears, glad she’d also worn the matching scarf.

“A dollar ninety-nine.” Ellie counted the money in her palm and a tremor shot through her. What could she buy with the pennies in her hand? She rifled through the pockets of her coat to ensure she hadn’t missed any coins. Nope, she hadn’t.

She leaned against the street lamppost and heaved a breath. Air frosted her lips. Her heart thudded, and she fisted her fingers, the coins grating in her palm. “I can’t return to the castle…and to him.”

But she had to get home…a laugh bubbled inside her, and she bashed it down before it erupted from her in a hysterical sound that’d have people gaping at her. She dropped the coins in her purse, and with her head slightly bent against the wind; she made her way to the bus stop, but stalled in step when a Porsche pulled up along side of her.

“Get in,” the driver commanded, his voice sending shimmers of awareness through her. “You’ll freeze waiting for the bus.”

“Ellie, don’t be obstinate,” he said, a ripple of impatience in his voice. “I’ll give you a lift home.”

An eerie silence ensued in the lull in the wind, and the melody sailed to her from the car radio. ‘Tis the season to be jolly, fa la la la la la la…’

She nearly snorted at the lyrics. Jolly… Huh!

Peter Medeci, M.D. The highly sought after neurosurgeon, the man of her dreams. The man that had given her everything except the one thing she wanted most…and that’s why she skipped out on him. To get close to him again would be self-destructive, but even as she reasoned, her body hummed with yearning.

“I’ll make my own way.” But as soon as the words were out of her mouth, she cringed; she didn’t even have enough for bus fare for the ten-mile ride to her North Hollywood mouse-hole.

“You will not.” She heard the car door open, and paused in step. “Get in before you make a scene.” 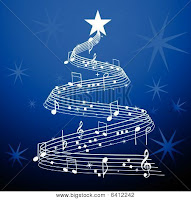