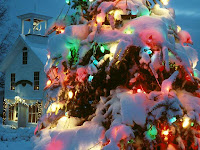 Behind the 6th door is Jenny Kane! Jenny's sharing a snippet from her book, Christmas at the Castle.

...Charlie pushed open the door of The Deeside Bookshop.

Instead of being greeted by John, she was surprised to see a much younger man behind the counter. Having never known the shop without John in it, Charlie was immediately concerned. ‘Um, hello, I wondered if I could speak to John, is he OK?’

‘He’s very OK, thank you. Soaking up the sun in New Zealand in fact.’

‘Oh.’ Not sure what to do, Charlie decided she’d dive straight in anyway. If John trusted this man to run the shop in his absence, then he must be alright. ‘Could I have a quick chat about the literary festival at Crathes? I know Ms Warren has already approached the shop, but I…’

The man, who Charlie guessed must be in his late thirties, ran an exasperated hand through his short hair. ‘I already told your colleague I can’t help. What Ms Warren is asking of me is not cost-effective. Although I wish you luck with the festival, the tactic of sending her prettier colleague to get me to change my mind is not going to work!’

Prettier colleague? Charlie felt thrown. No one ever thought she was prettier than Alice.

‘I assure you no… tactics are in play. I’m only helping out today because I’m a friend of one of the other organisers, and I have a more sensible and, I think, more realistic proposition for you than Alice did. I will tell you about it if you would like to hear it; if not, I’ll leave you in peace to stare around your customer-free shop!’

Rather taken aback by the edge to her tone, the tension in Charlie’s shoulders unknotted a little as, to her amazement, the man began to laugh.

Placing the books he’d been holding on the counter he said, ‘I’m sorry, forgive me for being abrupt. My name is Gervase Potter; I bought John out a few weeks ago. This little empire is now mine.’

Tilting his head to one side, giving Charlie the impression he was enjoying the view, he added, ‘I would very much like to hear your proposal. How about we discuss it tonight over a drink at Scott Skinner’s? I haven’t made it there yet, and I hear it’s a nice pub.’

With her brain privately grappling with the concept of being asked out for a drink by a handsome man who liked books, Charlie replied, ‘It is nice. I often go to Skinner’s to write when I need a change of scene from my desk at home. Oh, I’m Charlie, by the way. Charlie Davies.’

‘I’m pleased to meet you, Charlie. So, you write?’

‘Yes.’ Charlie pointed to the bookshelves, ‘I’m over there somewhere.’

Charlie’s pulse started to beat faster. He didn’t immediately connect me with The Love-Blind Boy. ‘Yes. Yes that was my first novel.’

‘You’ve read it?’ Charlie was shocked. ‘Forgive me, but you don’t look like you’d be into women’s fiction.’

‘I’m not as a rule, but my ex-girlfriend had the audiobook and we played it on a long journey once or twice. I enjoyed it. You have a very perceptive view of the male side of things.’

‘Really?’ Charlie could feel herself blushing, ‘Thanks. It’s kind of you to say so.’

‘Not at all. That drink tonight, then? Eight o’clock? With a meal as well, maybe?’

‘To talk about my idea for the festival?’

‘I’m making no promises, because I think I’d rather talk about you.’

Charlie’s head buzzed with contradictory thoughts. Had she been right to agree to go out with Gervase? Only this morning she’d been thinking about how she felt about Cameron being back, and now she was going on a date with someone else. A part of her knew she’d only said yes in the hope that Alice and Cameron might see them. But so what if they did? Cameron isn’t going to be jealous, and I don’t want him any more anyway. And Alice wouldn’t notice in her current mode if I walked around naked with a pineapple on my head.

A new thought entered Charlie’s head. Was there any point in going out with another man until Alice had gone home? Gervase would only have to see them standing next to each other, and it wouldn’t be her that he wanted to take for dinner anymore.

Suddenly, Charlie stopped moving. She knew she was being ridiculous, but somehow the thought of how Alice was always going to be there to eclipse her wouldn’t shift...

Christmas at the Castle is a seasonal treat from Jenny Kane, featuring much-loved characters from her bestselling novel Another Cup of Coffee.

When hotshot businesswoman Alice Warren is asked to organise a literary festival at beautiful Crathes Castle in Scotland, her ‘work mode’ persona means she can’t say no – even though the person asking is her ex, Cameron Hunter. 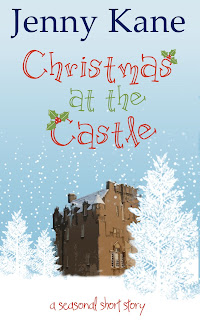 Alice broke Cameron’s heart and feels she owes him one – but her best friend Charlie isn’t going to like it. Charlie – aka famous author Erin Spence – is happy to help Alice with the festival…until she finds out that Cameron’s involved! Charlie suffered a bad case of unrequited love for Cameron, and she can’t bear the thought of seeing him again.

Caught between her own insecurities and loyalty to her friend, Charlie gets fellow author Kit Lambert to take her place. Agreeing to leave her London comfort zone – and her favourite corner in Pickwicks Café – Kit steps in. She quickly finds herself not just helping out, but hosting a major literary event, while also trying to play fairy godmother – a task which quickly gets very complicated indeed... 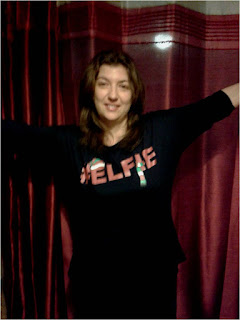 Jenny’s fourth full length romance novel, Another Glass of Champagne, will be published in 2016.

Jenny is also the author of quirky children’s picture books There’s a Cow in the Flat (Hushpuppy, 2014) and Ben’s Biscuit Tin (Coming soon from Hushpuppy)

Keep your eye on Jenny’s blog at www.jennykane.co.uk for more details.