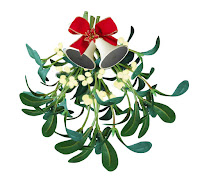 I love Christmas; I always have. Ever since those childhood days when I used to wake at an indecent hour and rummage through the stocking that my parents had somehow managed, ninja-like, to sneak onto the end of my bed, grappling its contents in the morning darkness, trying to guess what delights 'Father Christmas' had left there, to now, when my elder daughter has inherited the exact same stocking. There's something about the anticipation, and then the joy of the day itself, that excites me, even now I have to do a lot more preparation for it. Having said that, Mum and Dad still usually cook Christmas dinner, even now I'm the ripe old age of thirty eight!

The scent of Christmas, for me, is as important as any other sense. My parents owned a Holland and Barrett shop for some time during my childhood, and the addition to the Christmas decoration box of lavender scented fabric Christmas decorations, the scent of which permeated every other thing that was stored in the box, including the stockings and mingled with the potent pine aroma of a real tree (which had to be taller than I was - that was the only rule) is one I shall forever associate with the Yuletide season.

When the family moved to Somerset nearly two and a half decades ago, I was stunned by the abundance of holly and mistletoe in the region. Our new house had a garden that contained quite a few mature apple trees, and the sight of mistletoe growing in nearly every one in quantities that in the South East would have commanded a hefty price tag was wonderful to see. Even now, my dad cuts a generous bunch and brings it round to my house to hang from light fittings and anywhere I can put it. To a girl who had grown up roaming the commons of Hampshire, where pine trees grew in abundance, it was some compensation. 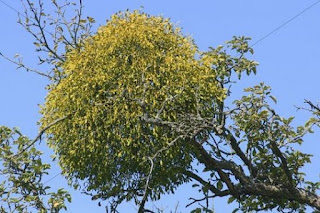 So it seems very surprising to me, looking back on my first book (currently out to publishers, watch this space!), that it doesn't actually contain an actual detailed account of a Christmas. The timeline of the novel just didn't allow for it, a fact I will definitely be allowing for in my second book! It wasn't a deliberate decision; it just seemed to happen that way, but never fear, there are plenty of other festivals in the book to make up for it! And since apple trees and their produce (especially cider!) feature so heavily, it seems even more surprising to me that mistletoe doesn't get a look in much! One thing's for certain; when I do eventually get to include a Christmas in a book, I'll be drawing on my own wonderful experiences. I feel very fortunate to be able to say that! 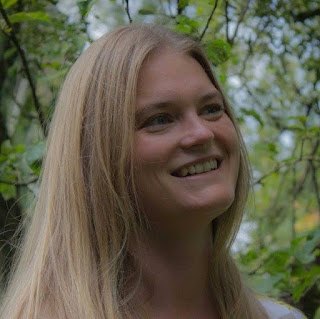 Fay Keenan was born in Surrey and raised in Hampshire, before moving to the West Country during the grumpy stage of her adolescence. After studying English and Politics at the University of York (along with an informal qualification in wildfowl spotting and the avoidance of goose poo), she worked in Manchester, Exeter, and finally settled back in the West.

Fay has been writing since she could pick up a pen, and has had several articles published in education magazines, including the English and Media Centre’s Media Magazine. The Little Somerby series is her first foray into novel length fiction, although she has written stories of many flavours over the years, including fanfiction. Far From the Tree is the first book in the series, and the bulk of it was written while Fay was on maternity leave with her second child.

When Fay is not chasing her children around or writing, she teaches English and Media Studies at a secondary school in the West Country. She lives with her husband of twelve years, two daughters, three cats, four chickens, a multitude of fish and a Weimaraner puppy called Bertie in a village in Somerset, which may or may not have provided the inspiration for Little Somerby. 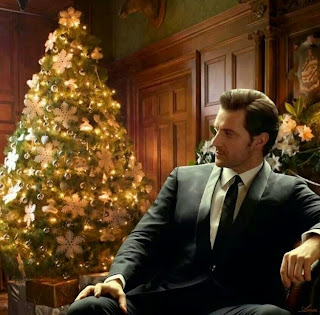 Far From the Tree Blurb:


Sometimes all you need to make a fresh start is to go back to your roots. When widowed Anna Hemingway moves back to Little Somerby, the last thing she’s looking for is romance. But then Matthew Carter, autocratic, charismatic divorced father and fourth generation cider maker walks into her life. Anna and Matthew feel an undeniable attraction, but when Matthew’s estranged brother Jonathan makes a surprise return to the village, trouble starts fermenting along with the apples. Will Anna and Matthew find happiness and the strength to move on with their lives, or will a tragedy that brings Matthew’s past back to haunt him thwart their blossoming relationship? Rural traditions, dysfunctional family relationships, four generations of family history and a host of likeable locals combine to build a story that will make you laugh, cry and yearn for a glass of cider.

www.faykeenan.com
Posted by Teresa F Morgan at 8:30 am