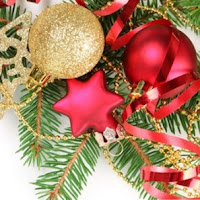 Behind door 7 is Rachel Brimble! She's sharing her most memorable Christmas...

I love Christmas once all the presents are bought and wrapped, the cards sent out and the decision of where we’ll eat the all-important Christmas lunch has been decided. We tend to alternate Christmas lunch either at my mother-in-laws or hosting my parents and my in-laws at our house. 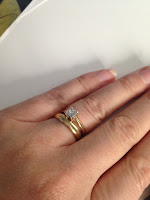 One of my memorable Christmases was 2010.

In June of the same year, my husband, two daughters and I (along with family friends) were caught up in the unexpected and terrifying French floods. This resulted in us being evacuated from our holiday caravan and, after a twelve-hour ordeal of waiting and worrying what would happen next, we were eventually rescued by helicopter from the clubhouse roof.

We lost all our belongings, passports and my engagement ring, but thankfully got home relatively unscathed. We were very lucky. Twenty-five people lost their lives that day…

The reason I will never forget this Christmas is because the ripple effects of the ordeal were still very much within us when my husband stood up at the dressed Christmas dining table and announced he had a surprise present for me.

I had absolutely no idea what was coming next!

From behind his back, he produced a small velvet box…and inside was a brand new, diamond solitaire engagement ring to replace the one I’d lost in the flood. Suffice to say, I promptly burst into tears as the rest of my family cheered and clapped.

Definitely a Christmas to remember and be thankful for! 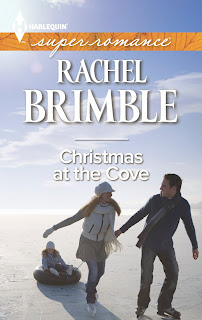 Christmas At The Cove

Scott Walker doesn't have time for a relationship. The sexy mechanic has career ambitions, not to mention a mother and three sisters to take care of. The last thing he needs is Carrie Jameson, the beauty he never forgot, arriving in Templeton Cove over the holidays with some unexpected news.

Scott still finds Carrie irresistible, and he's not one to shirk responsibility. Scott's issues with his own dad make the prospect of parenthood a minefield. But if he and Carrie can overcome their fears, this Christmas could bring them the best gift of all. 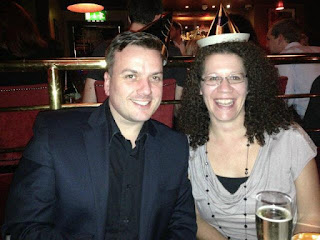 Bio: Rachel lives with her husband and two teenage daughters in a small town near Bath in the UK. After having several novels published by small US presses, she secured agent representation in 2011. Since 2013, she has had five books published by Harlequin Superromance (Templeton Cove Stories) and recently signed a contract for three more. She also has three Victorian romances with eKensington/Lyrical with a fourth due for release in March 2016.

Rachel is a member of the Romantic Novelists Association and Romance Writers of America, and was selected to mentor the Superromance finalist of So You Think You Can Write 2014 contest. When she isn’t writing, you’ll find Rachel with her head in a book or walking the beautiful English countryside with her family. Her dream place to live is Bourton-on-the-Water in South West England.

She likes nothing more than connecting and chatting with her readers and fellow romance writers. Rachel would love to hear from you!